From the age of 11, Drewett took part in swimming competitions and at 18 she turned to triathlon.

Since 2012/13, Drewett is a BSc Sport and Physical Exercise student at the University of Leeds. She is a member of the British Triathlon Federation Performance squad, however her name does not appear among the World Class Podium Potential Squad as published by the British triathlon federation.

In 2012, Drewett took part in her first ITU competition, placing 21st in two European Cups in Quarteira and Banyoles, and 6th in the British Championships.

The following list is based upon the official ITU rankings and the ITU Athletes's Profile Page. Unless indicated otherwise, the following events are triathlons (Olympic Distance) and refer to the Elite category.

The contents of this page are sourced from Wikipedia article on 03 Jul 2020. The contents are available under the CC BY-SA 4.0 license.
comments so far.
Comments
From our partners
Sponsored
Reference sources
References
https://web.archive.org/web/20160513053327/http://salisbury.ourcommunitymatters.org.uk/news/future-olympians-receive-council-funding/
http://salisbury.ourcommunitymatters.org.uk/news/future-olympians-receive-council-funding
http://sport.leeds.ac.uk/news.asp?itemTitle=Save+%A354+and+get+12+swimming+lessons+for+only+%A312&section=28&sectionTitle=News+and+Events&itemid=2224
http://www.britishtriathlon.org/news/wcp-squad-announced_2640
http://www.fftri.com/node/123/9873
http://www.triathlon.org/athletes/results/49546/hannah_drewett
http://www.team-endurance.co.uk
https://web.archive.org/web/20140106032044/http://club.quomodo.com/sastri37/accueil.html
Trending today in 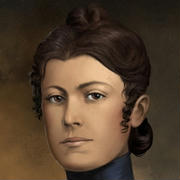