Hamad Bin Abdulaziz Al-Kuwari (born January 1, 1948 in Al Ghariyah, Qatar) is a Qatari diplomat and politician. Dr. Al-Kuwari serves as State Minister with rank of Deputy Prime Minister, and was formerly the Minister of Culture, Arts and Heritage of Qatar (2008-2016). He was previously the Ambassador of Qatar to France, the United States, United Nations Educational, Scientific and Cultural Organization and the UN. Dr. Al-Kuwari was a candidate in 2017 election of the Director-General of UNESCO. He is married and the father of three children.

Hamad bin Abdulaziz Al-Kuwari holds a bachelor's degree in Arabic and Islamic studies from Cairo University (Faculty of Dar al-Ulum), which he obtained in 1970. He also holds a master's degree Diploma from Saint Joseph Jesuit University in Beirut which he attended between 1974 and 1977. He then studied political philosophy at Paris-Sorbonne University in Paris in 1980 and completed a PhD in Political science at the Stony Brook University (New York) in 1990. He speaks Arabic, English and French.

Dr Hamad Al-Kuwari was appointed Qatar’s Minister of Information and Culture in 1992. Between 1992 and 1996 he brought an end to censorship regulations on newspapers and publications, and in 1997 closed the doors of the Ministry of Information.

This initiative expanding the freedom of information would eventually lead to the creation of the Doha Centre for Media Freedom in 2007.

He was appointed Minister for Culture, Arts and Heritage on July 1, 2008. He was the first person to ever hold this position. In 2010, he presided at the 17th Conference of Arab Ministers of Culture.

Whilst in office, Doha was named the 2010 Arab Capital of Culture.

2012 marked the launch of the "Year of Culture" initiative, launched to foster cooperation and exchanges between Qatar and other partner countries. Partners include the United Kingdom (2012), Japan (2013), Brazil (2014), Turkey (2015), China (2016) and Germany (2017). This project is a collaboration between the two main Qatari cultural institutions, the Qatar Museums Authority and the Ministry of Culture, Arts and Heritage. The board is co-chaired by Sheikha Al-Mayassa Al Thani and Dr Hamad Al-Kuwari.

In February 2016, Dr. Al-Kuwari was named as an Adviser at the Amiri Diwan (the Royal Palace of Qatar).

From 1979 to 1984, he was the Ambassador to France as well as the reprensentant for Qatar at UNESCO.

During his tenure as Ambassador to the United Nations from 1984 to 1990, Hamad bin Abdulaziz Al-Kuwari also represented Qatar as official delegate to the UN for the country. During that time, he was simultaneously elected Deputy Chairman of the General Assembly of the United Nations at its fortieth session and Chairman of the Special Political Committee (4th Committee) at its 42nd session.

In 1987, he was elected Vice President of the Committee Against Apartheid and Member of the Trustee board of directors of the "Dag Hammarskjöld" Commemoration. He has also represented Qatar at the conferences of the Non-Aligned Movement. From 1997 to 2014, he was member of the Advisory Board of the Cooperation Council for the Arab States of the Gulf (GCC).

In 2012, he presided at the UNCTAD XIII 2012 (United Nations Conference on Trade and Development). In September 2012, Dr Hamad Al-Kuwari was elected Honorary Chairman of the 25th Universal Postal Congress.

Passionate about the French language and culture, he presided over Qatar's delegation to l'Organisation internationale de la Francophonie (OIF) in the Democratic Republic of the Congo in 2012, which accepted Qatar as an associated member in the Organisation. 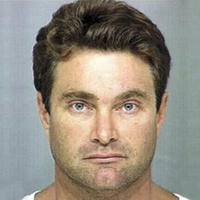