Halimah Yacob 8th President of the Republic of Singapore

Halimah binti Yacob (Jawi: حاليمه بنت يعقوب; born 23 August 1954) is a Singaporean politician who is the current President of Singapore. She was elected in an uncontested election in the 2017 Singaporean presidential election. Halimah was sworn in as President on 13 September 2017.

On 7 August 2017, she resigned from her positions as Speaker and MP, and from her membership in the PAP, to stand as a candidate for the 2017 Singapore presidential election. On 13 September 2017, she was returned President-elect in a walkover, as no other presidential candidate was issued the Certificate of Eligibility. She was sworn in the following day, becoming the first female president in the country's history.

According to The Straits Times, Halimah is officially classified as an Indian Muslim as her father is ethnically Indian Muslim. She is also of maternal Malay descent. Her father was a watchman who died due to a heart attack when she was eight years old, leaving her and four siblings to be brought up by her mother. Her family was in poverty at the time of her father's death, and she helped her mother to sell nasi padang outside the former Singapore Polytechnic (now Bestway Building) along Prince Edward Road.

Halimah entered politics in 2001 when she was elected as a Member of Parliament (MP) for the Jurong Group Representation Constituency (GRC).

In January 2015, Halimah was co-opted into the PAP's Central Executive Committee, the party's highest decision-making body.

At the 2015 general election, Halimah was the sole minority candidate for the People's Action Party group contesting the then-newly formed Marsiling-Yew Tee GRC.

Halimah has spoken out actively against Islamic extremism, in particular condemning and disassociating from the Islamic State of Iraq and Levant.

On 8 January 2013, Prime Minister Lee Hsien Loong nominated Halimah to succeed Michael Palmer as Speaker of Parliament following Palmer's resignation after he was revealed to have had an extramarital affair. She was elected Speaker on 14 January 2013, the first woman to hold the post in Singaporean history.

Halimah served at the National Trades Union Congress (NTUC) as the Deputy Secretary General, Director of the Legal Services Department and Director of the Women's Development Secretariat. She also served as the Executive Secretary of the United Workers of Electronics and Electrical Industries.

Halimah was elected as the Workers' Vice-Chairperson of the Standards Committee of the International Labour Conference (ILC) in Geneva from 2000 to 2002 and in 2005. In 2003 and 2004, she was the Workers' Spokesperson for the ILC Committee on Human Resources Development and Training.

While speaking during the debate on the Presidential Elections Amendment Bill on 6 February 2017, Minister in the Prime Minister's Office Chan Chun Sing addressed Halimah as "Madam President" twice instead of "Madam Speaker", drawing laughter from the PAP MPs and leading to widespread speculation that Halimah would be the party's preferred candidate for the reserved presidential elections.

On 6 August 2017, Halimah announced that she would be stepping down as Speaker of Parliament and MP of Marsiling-Yew Tee the next day to run for the presidency in the 2017 presidential election, which was reserved for members of the Malay community. She was widely viewed as the PAP's candidate for the election, and was endorsed by Prime Minister Lee Hsien Loong.

In an interview published on 11 August 2017, Halimah gave her views on the reserved presidential election. She said that it "shows we don't only talk about multiracialism, but we talk about it in the context of meritocracy or opportunities for everyone, and we actually practise it". Although some commentators have felt that the reserved election did not promote meritocracy, Halimah rejected that view, as she described, "All candidates have to qualify ... If we weaken eligibility criteria for those taking part in a reserved election, yes, then we are compromising meritocracy for representation. We are not - the same criteria apply to everybody". Regarding commentators who have questioned the lower qualifying bar for public sector candidates like herself, Halimah said, "It is an open, transparent system ... has been in place since 1991".

On 25 August 2017, Halimah launched her official campaign website, including her campaign slogan "Do Good Do Together", which was criticised by many for being ungrammatical. She defended her slogan, explaining that it is meant to be catchy.

In response to public queries whether Halimah broke election rules by campaigning ahead of the nomination day, the Elections Department clarified that its rule which forbids candidates from campaigning before close of nomination only applies to candidates who are nominated.

Halimah's campaign expenses reached only $220,875 out of the $754,982.40 the legal limit. Her expenses were used for promotional material, room rental, office supplies, food, transport and phone bills.

Queries were also raised regarding Halimah's long affiliation with the PAP and perceived lack of political independence as she quit the party just one month ago to campaign in the election. Halimah responded by comparing herself to former President Ong Teng Cheong, who was also a PAP member before being elected. She also cited that she had abstained from voting in an amendment for the Human Organ Transplant Act in 2007.

Former NMP Calvin Cheng suggested that Halimah does not appear to have the professional experience needed to manage the financial reserves. According to Publichouse.sg's estimate, her financial management involvement is only about $40 million, much less than the stringent $500 million shareholders’ equity requirement for private sector candidates.

Being the only candidate to be issued a Certificate of Eligibility, Halimah became the eighth President of Singapore. Tan Cheng Bock, a former presidential candidate, wrote that Halimah "will occupy the most controversial presidency in the history of Singapore." The Economist described her as "popular and able". She is also the nation's first female President and Southeast Asia's fourth female Head of State after Corazon Aquino and Gloria Macapagal Arroyo of the Philippines and Megawati Sukarnoputri of Indonesia.

Halimah's sudden resignation as sole minority MP in Marsiling-Yew Tee GRC has sparked calls for a by-election as the purpose of GRC is to ensure minority representation. The PAP government refused to hold a by-election, culminating to the filing of lawsuit by Wong Souk Yee, a resident in the GRC. A hearing was set for 15 January 2018.

On 13 September 2017, the Singapore Democratic Party filed a lawsuit in the High Court against the PAP government for refusing to call a by-election in Marsiling-Yew Tee GRC following Halimah's resignation from her post as the sole minority MP in her constituency.

In a High Court hearing conducted on 23 January 2018, Wong's lawyer, Peter Low, argued that the Parliamentary Elections Act should be interpreted such that all MPs of the group representation constituency have to leave their spots when one or more seats are left empty, or when only one remaining MP is a minority candidate. He cited Article 49 (1) of the Constitution, which states that when "the seat of a Member… has become vacant for any reason other than a dissolution of Parliament, the vacancy shall be filled by election" to support his argument.

After the Elections Department announced that Halimah was the only possible candidate for the presidency, global media monitoring house Meltwater observed a significant increase in negative sentiment on social media surrounding the Presidential Elections from 11 to 12 September 2017. The data shows 83% of negative sentiment and 17% of positive sentiment.

Following the announcement, a number of Singaporeans began using the hashtag #NotMyPresident on Facebook and Twitter to voice their disappointment. In response, The Straits Times reported that there was the use of #halimahismypresident by an "equally vocal group", urging "Singaporeans to rally round their next president".

Halimah's decision to stay in her HDB flat at Yishun raised security concerns and was met with disapproval by netizens who highlighted the inconvenience caused by the Presidential motorcade as well as the additional cost in maintaining such security arrangement. On 2 October 2017, Halimah had accepted the government's decision to move her out of her Yishun flat to a more secure location. The government keeps track on the residence and security arrangements for her as well.

Halimah is married to Mohammed Abdullah Alhabshee, a Malay of Arab descent, and has five children. Halimah is a Muslim. She announced that she will be moving out of her HDB duplex in Yishun, consisting of one 5-room flat and one 4-room flat joined together by demolishing the median wall.

In recognition of her contributions, she was conferred the Berita Harian Achiever of the Year Award in 2001, the "Her World Woman of the Year Award" in 2003, the AWARE Heroine Award 2011, and was inducted into the Singapore Council of Women's Organisations's Singapore Women's Hall of Fame in 2014.

The contents of this page are sourced from Wikipedia article. The contents are available under the CC BY-SA 4.0 license.
View Halimah Yacob 's image gallery
Image Gallery 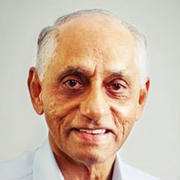 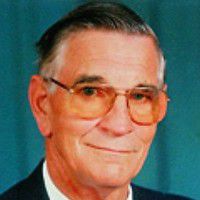