Halil İnalcık (26 May 1916 – 25 July 2016) was a Turkish historian of the Ottoman Empire. His highly influential research centered on social and economic approaches to the empire. His academic career started at Ankara University, where he completed his PhD and worked between 1940 and 1972. Between 1972 and 1986 he taught Ottoman history at the University of Chicago. From 1994 on he taught at Bilkent University, where he founded the history department. He was a founding member of Eurasian Academy.

He was born in Istanbul on 26 May 1916 to a Crimean Tatar family that left Crimea for the city in 1905. He attended Balıkesir Teacher Training School, and then Ankara University, Faculty of Language, History and Geography, Department of History, from which he graduated in 1940. His work on Timur drew the attention of Mehmet Fuat Köprülü, who facilitated his entry as an assistant to the Modern Age Department of the university. He completed his PhD in 1942 in the same department. His PhD thesis was on the Bulgarian question in the late Ottoman Empire, specifically during tanzimat, and constituted one of the first socioeconomic approaches in Turkish historiography. In December 1943, he became assistant professor and his research interest became focused on the social and economic aspects of the Ottoman Empire. He worked on the Ottoman judicial records of Bursa and in the Ottoman archives in Istanbul. He became a member of the Turkish Historical Society in 1947.

In 1949, he was sent by the university to London, where he worked on Ottoman and Turkic inscriptions in the British Museum and attended seminars by Paul Wittek at the School of Oriental and African Studies. Here, he met other influential historians such as Bernard Lewis. He attended a congress in Paris in 1950, where he met Fernand Braudel, whose work greatly influenced him. He returned to Turkey in 1951 and became a professor in the same department in 1952. He lectured as a visiting professor in Columbia University in 1953–54 and worked and studied as a research fellow at Harvard University in 1956–57. Upon his return to Turkey, he lectured on Ottoman, European and American history as well as administrative organization and Atatürk's reforms. In 1967, he lectured as a visiting professor in Princeton University and the University of Pennsylvania. He joined the International Association of Southeastern European Studies (French: Association Internationale des Etudes du Sud-Est Européen) in 1966 and held the presidency of this institution between 1971 and 1974.

In 1971, Harvard University offered him a permanent teaching position and the University of Pennsylvania offered him a five-year contract. He refused these, wishing to stay in Turkey. However, in the meantime, the political turmoil in Turkey worsened and students became increasingly involved in conflict, hindering education. In 1972, he accepted an invitation to join the faculty of the University of Chicago, where he taught Ottoman history until 1986. Between 1990 and 1992, he lectured as a visiting professor at Harvard and Princeton. In 1992, he returned to Turkey after an invitation by Bilkent University, where he founded the history department, teaching at the postgraduate level, and taught until his death. In 1993, he donated his collection of books, journals and off-prints on the history of Ottoman Empire to the library of Bilkent University. He had been a member and president of many international organizations, he was a member of the Serbian Academy of Sciences and Arts in Department of Historical Sciences, also a member of the Institute of Turkish Studies.

İnalcık's work was centered upon a social and economic analysis of the Ottoman Empire. He aimed at both countering what he saw as the hostile, biased narrative presented by western sources at the onset of his work and what he saw as an exaggerated, romanticized and nationalistic historiography in Turkey itself. He exemplified the biased western narrative he tried to dispel as Franz Babinger's depiction of Mehmed the Conqueror as a bloodthirsty, sadistic personality. He criticized generalizing approaches to Ottoman history as such approaches, he argued, lacked social or economic insight due to a lack of research. He was the first historian to study Ottoman judicial records in depth to deduce elements of the socioeconomic factors in the Ottoman society. When he first started his research in the 1940s, such documents were believed to be useless due in part to the recent change of alphabet and were being stored in unfavorable conditions or altogether destroyed.

İnalcık corrected a number of wrong convictions about Ottoman and Turkish history. One such instance was his discovery that the proposition that the Ottoman dynasty belonged to the Kayı tribe was fabricated in the 15th century. According to Immanuel Wallerstein, İnalcık shaped the discipline of historical research with his unique methodology and led to many students in his school of thought approaching issues from a number of socioeconomic and cultural perspectives.

He was influenced by the works of Fuad Köprülü, Fernand Braudel and Ömer Lütfi Barkan.

His most important work was his first book, Hicrî 835 tarihli Sûret-i defter-i sancak-i Arvanid (Copied of register for A.H. 835 in Sanjak of Albania), which was published at Ankara in 1954 and presented one of the earliest available land register in Ottoman Empire's archives. 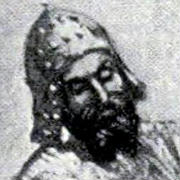 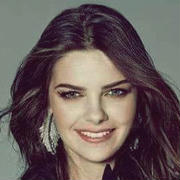