Hal E. Chester (born Harold Rapatsky; March 6, 1921 in Brooklyn, New York – March 25, 2012 in London), was an American film producer, writer, director, and former child actor. He appeared in the opening performance of "Dead End" on Broadway in 1937, playing the part of "Dippy" – one of the gang of kids later to gain fame as The Dead End Kids – going on the road with this hit play for 22 weeks, before accepting an offer to appear in the sequel to the film version "Crime School" for Warner Bros in 1938. As a teen actor, his most regular work was with "The Little Tough Guys" series for Universal, appearing also in Juvenile Court for Columbia Pictures, and The Eastside Kids for Monogram. His last appearance in this series was in Sea Raiders in 1941. Credited as "Hally Chester" when he first appeared on stage (he had taken the name of his step-mother 'Chesler') quickly becoming known as 'Chester'.
In 1945, entering into an agreement with comic strip writer/cartoonist Ham Fisher, creator of the Joe Palooka comic strip cartoon character, Hal E. Chester then produced between 1946 and 1951 under contract to Monogram Pictures, a series of eleven Joe Palooka movies starring Joe Kirkwood, Jr, becoming one of the youngest producers in Hollywood: Joe Palooka Champ, 1946; Gentleman Joe Palooka, 1946; Joe Palooka in The Knockout, 1947; Joe Palooka in Fighting Mad, 1948; Joe Palooka in Winner Take All, 1948; Joe Palooka in The Big Fight, 1949; Joe Palooka in Counterpunch, 1949; Joe Palooka Meets Humphrey, 1950; Humphrey Takes a Chance, 1950; Joe Palooka in The Squared Circle, 1950; Joe Palooka in Triple Cross, 1951.
He also produced Smart Woman in 1948, The Underworld Story in 1950, The Highwayman in 1951, and Models Inc 1952. Working with famous animator Ray Harryhausen and Jack Dietz in 1953, he produced The Beast from 20,000 Fathoms his first real big movie in which a hibernating dinosaur – unleashed by the effects of an A-Bomb test – terrorises New York City. It was a huge success. Crashout followed in 1955 and in 1956 he co-wrote and produced The Bold and the Brave starring Nicole Maurey and Mickey Rooney, which was up for two Academy Award nominations in 1957. Sailing to England on The Liberte in 1955 with his wife Virginia and two young sons, he produced The Weapon. The family adapted so well to British life they set up permanent home in London, where Chester lived until his death. In 1957, he co-wrote the screenplay and produced the cult movie hit Night of the Demon starring Dana Andrews. The Two Headed Spy followed in 1958 and the film that he perhaps is best remembered, the 1960 smash hit School for Scoundrels with Terry-Thomas, Ian Carmichael, Alastair Sim and Janette Scott. This comedy classic, derived loosely from the books of Stephen Potter's Lifemanship, Gamesmanship and One-Upmanship, was a huge box-office success. School for Scoundrels was subsequently produced again in 2006 by Weinstein, and starred Jon Heder, Billy Bob Thornton and Jacinda Barrett and was directed by Todd Phillips. In 1961 Chester produced His and Hers, in 1964 The Comedy Man and along with Peter Stone and Frank Tarloff, co-wrote the screenplay for Father Goose starring Cary Grant, which was released in 1964. In 1967 came The Double Man starring Yul Brynner and Britt Ekland and 1968 The Secret War of Harry Frigg with Paul Newman. In 1970 Chester produced his last film, Take A Girl Like You based on the Kingsley Amis novel which starred Hayley Mills and Oliver Reed, directed by Jonathon Miller. It was later adapted in 2000 as a television series by the BBC. In 2003, Hal E. Chester suffered a stroke which left him severely incapacitated and died in London, on March 25, 2012.
Obituaries: 'The Telegraph', April 8, 2012; 'The Guardian' April 16, 2012; 'The Times' May 2, 2012 and 'The Independent' June 5, 2012 –
The above article has been written following extensive research into the life and career of Hal E. Chester. Information researched and presented by Deborah E. Chester, Writer and Life Coach; and Joel Finler, Film Historian, London. 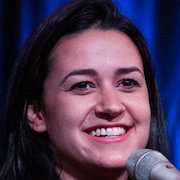