Ḥafṣah bint ʿUmar (Arabic: حفصة بنت عمر ‎; c. 605–665) was a wife of the Islamic prophet Muhammad and therefore a Mother of the Believers.

Hafsah was the daughter of Umar ibn al-Khattab and Zainab bint Madh'uwn. She was born "when Quraysh were building the House [Ka'abah], five years before the Prophet was sent," i.e., in 605.

She was married to Khunais ibn Hudhaifah but became a widow in August 624.

Muhammad married Hafsah in Shaaban AH 3 (late January or early February 625). This marriage "gave the Prophet the chance of allying himself with this faithful follower," i.e., Umar, who now became his father-in-law.

Uthman, when he became Caliph, used Hafsah's copy when he standardized the text of the Qur'an. She is also said to have narrated sixty hadeeth from Muhammad.

She died in Shaban AH 45, i.e., in October or November 665. She is buried in al-Baqi next to the other Mothers of the Faithful.

The contents of this page are sourced from Wikipedia article on 20 Mar 2020. The contents are available under the CC BY-SA 4.0 license.
View Hafsa bint Umar 's image gallery
Image Gallery

Former SAGIA governor and a secondary member of House of Saud 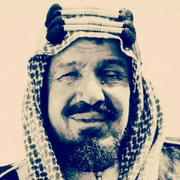