Murder of Gwen Araujo
The basics

Gwen Amber Rose Araujo (February 24, 1985 – October 4, 2002) was an American teenager who was murdered in Newark, California. She was killed by four men, two of whom she had been sexually intimate with, who beat and strangled her after discovering that she was transgender. Two of the defendants were convicted of second-degree murder, but not convicted on the requested hate crime enhancements. The other two defendants pleaded guilty or no contest to voluntary manslaughter. In at least one of the trials, a "trans panic defense"—an extension of the gay panic defense—was employed. Some contemporary news reports referred to her by her birth name, Edward Araujo, Jr.

Araujo, who was undergoing hormone treatment and going by the name Gwen at the time, met Michael Magidson, José Merél, Jaron Nabors, and Jason Cazares in the summer of 2002. She engaged in oral sex with Magidson and anal sex with Merél. She claimed to be menstruating and during sex would push her partners' hands away from her genitalia to prevent them from discovering that she had a penis. On October 3, 2002, she attended a party at a house rented by Merél and his brother, Paul Merél. Also in attendance at the party were Magidson, José Merél, Nabors, Cazares, Paul Merél, Paul Merél's girlfriend Nicole Brown, and Emmanual Merél.

At the party, she was discovered, by forced inspection (conducted by Brown) to be a transgender woman, following which the men with whom she had sexual relations became enraged and violent. Magidson, after vomiting, put her in a chokehold. Later, he punched her in the face and began to choke her, but was pulled off by others. At some point after that, Paul Merél, Emmanuel Merél, and Brown left the house. José Merél struck her in the head with a can of food and a frying pan. Nabors and Cazares left in Magidson's truck to go to Cazares's house to get shovels and a pickaxe.

When Nabors and Cazares returned, Araujo was still conscious and sitting on the couch. At some point, the assault resumed. Magidson kneed her in the head against the living room wall, rendering her unconscious. Cazares kicked her. After this, she was taken to the garage of the home. Nabors testified that Magidson strangled her with a rope and that Cazares struck her with a shovel, but Magidson testified that it was Nabors who strangled her and struck her with the shovel, and Cazares testified that he never struck her and did not see her die. Most accounts have Merél cleaning blood out of the carpet at the time that Araujo was strangled. She was then hog-tied, wrapped in a blanket, and placed in the bed of a pick-up truck. They then drove her body four hours away and buried her near the Sierra Nevada mountains. Her disappearance and murder went unreported for days. It is not clear at what point during this sequence of events her death occurred. However, the autopsy showed that she died from strangulation associated with blunt force trauma to the head.

The party-goers did not report the crime and the assailants said nothing to anyone about the murder. Two days after Araujo's death, a friend of Jaron Nabors described him as appearing distraught. Nabors, one of the four attackers, led authorities to the grave site in "exchange for his guilty plea to voluntary manslaughter and a promise to testify at the trial."

Alameda County Sheriff's Office dispatched four crime scene investigators and two detectives to recover the body from the grave site. The four accused of the murder were: Michael Magidson, 22; Jaron Nabors, 19; José Merél, 22; and Paul Merél, José's older brother. Paul Merél was quickly released because his girlfriend came forward to the police telling them that Paul had left that night with her. Paul Merél and his girlfriend were never charged and became witnesses for the prosecution. Jason Cazares was arrested over a month after the other defendants, after Nabors implicated Cazares in a letter to Nabors' girlfriend, explaining how he (Nabors) wasn't involved in the killing. Nabors later testified against the other three in a deal with the DA for a lesser charge of manslaughter and an 11-year prison sentence after police monitored a telephone conversation between Nabors and his girlfriend, Delores Ojeda.

Magidson argued that he should not be charged with murder, rather manslaughter at worst, under California law.

Three defendants testified in this trial — and blamed each other as well as Nabors. On the 8th of September, the jury announced that it had reached verdicts on two of the three defendants. As Judge Harry Sheppard instructed, the verdicts were kept secret.

On the 12th of September, after the jury announced that it had deadlocked on the third defendant, the verdicts were announced. The defendant on whom the jury had deadlocked was Cazares. Magidson and Merél were each convicted of second-degree murder, but not convicted of the hate crime enhancement allegations.

Gwen being transgender was not a provocative act. He's who he was. However, I would not further ignore the reality that Gwen made some decisions in his relation with these defendants that were impossible to defend. I don't think most jurors are going to think it's OK to engage someone in sexual activity knowing they assume you have one sexual anatomy when you don't.

Michael Magidson and José Merel were sentenced in January to 15 years to life in prison for second-degree murder for the killing.

The fourth man, Jason Cazares, pleaded no contest to manslaughter in a plea bargain reached after two juries deadlocked on his fate. He was sentenced to six years in prison.

At the request of Araujo's mother, a judge posthumously changed her legal name from Edward Araujo Jr. to Gwen Amber Rose Araujo on June 23, 2004.

On the first anniversary of the murder, Horizons Foundation created the Gwen Araujo Memorial Fund for Transgender Education. The Fund's purpose is to support school-based programs in the nine-county Bay Area that promote understanding of transgender people and issues through annual grants. Through this fund, Araujo's mother and family speak in middle and high schools about transgender awareness and understanding.

A Lifetime movie called A Girl Like Me: The Gwen Araujo Story, starring J. D. Pardo and Mercedes Ruehl, aired in June 2006. The case was also the subject of a 2007 documentary, Trained in the Ways of Men. This documentary by Michelle Prevost examines the 2002 murder, and aims to debunk the so-called gay panic (or trans panic) defense. "Deadly ID", a May 2012 episode of Investigation Discovery's Fatal Encounters, explored the crime's timeline from both Araujo's and Magidson's dramatized perspectives.

On September 28, 2006, California Gov. Arnold Schwarzenegger signed the "Gwen Araujo Justice for Victims Act" (AB 1160) into law. The law limited the use by criminal defendants of the "gay/trans panic defense" by allowing parties to instruct jurors not to let bias influence their decisions, including "bias against the victim" based on his or her "gender identity, or sexual orientation." The law put California on record as declaring it contrary to public policy for defendants to be acquitted or convicted of a lesser included offense on the basis of appeals to "societal bias".

On September 27, 2014, California Gov. Jerry Brown signed Assembly Bill No. 2501 into law. The law further restricted the use of the gay/trans panic defense by amending California's manslaughter statute to prohibit defendants from claiming that they were provoked to murder by discovering a victim's sexual orientation or gender identity. AB 2501 was introduced by Assemblywoman Susan A. Bonilla in partnership with Equality California. In announcing the bill's introduction they cited the murders of Gwen Araujo and gay California teen Larry King. 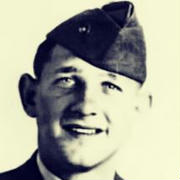