Guy Hendrix Dyas (born 20 August 1968) is a British production designer for feature films. He collaborated with Christopher Nolan on his science fiction thriller Inception which earned him an Academy Award nomination as well as a BAFTA Award for Best Production Design. In 2017, Dyas was nominated for another Academy Award, this time for his work on Passengers. In 2010, Dyas became the first British designer to win a Goya Award for Best Production Design for his work on Alejandro Amenábar's historical epic Agora which premiered at the 2009 Cannes Film Festival. Dyas previously received three consecutive Art Directors Guild Award nominations for his production design work on Steven Spielberg's Indiana Jones and the Kingdom of the Crystal Skull, Shekhar Kapur's Elizabeth: The Golden Age and Superman Returns for Bryan Singer. He won an ADG award in 2011 for Inception. He also earned a BAFTA Award nomination in 2007 for Best Production Design for Elizabeth: The Golden Age and for four years in a row Dyas has been named by The Sunday Times as one of the top ten Brits working behind the camera in Hollywood. 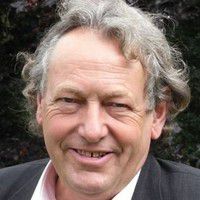