Guy Denning (born 1965) is a self taught English contemporary artist and painter based in France. He is the founder of the Neomodern group and part of the urban art scene in Bristol.

Guy Denning was born in Somerset, England in October 1965. Prior to his commercial success in art he worked full-time on top of his painting at weekends and at night. He had a series of jobs, working as a roofer, general labourer, shop assistant, and pathology lab worker. He was also a political and trade union activist. Guy Denning is a self-taught painter. He says that he was drawing from childhood and that was where his competency came from. "I did little but draw and read – I certainly didn’t mix with other kids. First oil paintings were done at age 10 or 11 after my dad gave me a set of oil paints that he’d got bored with (a passing hobby in his 30s). I was hooked from the start."

He applied to study at several art colleges during the 1980s but was refused entry. He continued his art education by studying Art History and getting a degree in the subject with The Open University.

Denning's early work included an interest in the work of Franz Kline and was characterised by powerful, expressive brushstrokes in mainly abstract paintings. More recently he has combined earlier influences with an increasingly figurative style of painting. The human figure features strongly in his latest work and he uses this subject matter to convey powerful emotions, often with political overtones. The Icarus series of works is an example of this approach. Structurally his work is very dynamic showing a concern for strong draughtsmanship with a spontaneous application of colour. He does not always work to set motifs, but sometimes makes paintings and drawings from observation and photographic reference. He has stated that his work has been significantly informed by the subject of war "When I was about 11 or 12 I came to France with my parents and they took me to the war cemetery at Verdun. It was the most significant thing that ever happened to me."

His paintings have been shown in many solo and mixed exhibitions. Notable solo shows include 'Purgatorio' at Brooklynite, New York; 'Inferno' at MAGI'900, Bologna and 'Behemoth' at St Martin in the Fields, London. His work is held in several important public collections, including the Politics Department of Bristol University, the Political Science Department at Galway University and the MAGI'900 Museum of Contemporary Art, Bologna.

In 1997, he founded the neomodern group. His work appeared in the Triumph of Stuckism exhibition at Liverpool John Moores University as part of the 2006 Liverpool Biennial.

In 2007, he joined Red Propeller Gallery. His first solo show with Red Propeller Gallery featured paintings connected to the 9/11 terrorist attack. Although created at the time of this atrocity, a period of time was needed to elapse before the public were ready to revisit this trauma and Denning timed this to perfection as the discussion created from this show led to it being completely sold out propelled him into the mainstream art scene. In February 2008, he sold two works in Bonhams Urban Art auction in New Bond Street with one painting achieving £9,600.

Also in 2007 there was a studio fire at his new home in France in which Denning lost 20 years of accumulated work.

In 2017 the largest exhibition of Denning's work to date was held at Hartlepool Art Gallery.

Denning's work has been noted for powerful and expressive brush strokes as well as cutting and making rough repairs to the canvas. He also sometimes uses stencils and collaged text. He has made significant use of gold-leaf in his drawings. He frequently draws on cardboard packaging and old newspapers.

Denning's street work is political rather than decorative. He works with aerosol stencilled text and drawing and also pastes up his drawings. In the 1980s he made street art inspired by the punk bands CRASS and Poison Girls and the artist Gee Vaucher. In 2013 he was one of the artists invited to participate in the Tour Paris 13 urban art project.

Emphasizing that political art which has a clear meaning is more propaganda than creative expression, Denning’s art encourages a variety of interpretations. “I want to show an audience that it’s okay to feel out of place in a mad world; that if they feel depressed or frightened or lonely when confronted with the deranged excesses of contemporary society then they’re not dysfunctional – they’re right to feel that way.”

His 2017 retrospective exhibition at Hartlepool Art Gallery was titled "The Politics of Painting".

In 2015 Guy Denning spoke at the UNESCO presentation at the COP21 climate conference concerning artistic activism and climate change awareness.

His three exhibitions on the subject of Dante's Divine Comedy were inspired by the geopolitics of the Iraq War.

His street work is frequently political. Subject matters include increasing awareness for climate-change, support for refugees, anti-racism and pacifism. 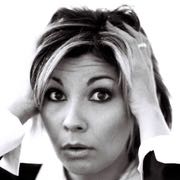