Guy Aldonce de Durfort, duc de Lorges, marshal of France, (1630–1702), is probably mainly known as Saint-Simon's father-in-law. However, he also was a renowned soldier, who commanded the French Army during the retreat from Sassbach, where his uncle Marshal Turenne had been killed.

Guy Aldonce was born on 22 August 1630, at the Château de Duras, as the fourth son of Guy Aldonce de Durfort (1605-1665) and Élisabeth de La Tour d'Auvergne. His father was marquis of Duras, comte de Rauzan and comte de Lorges, as well as maréchal de camp in the French army. Guy's mother was a daughter of Henri de La Tour d'Auvergne and sister of the Marshal Turenne. Guy's parents had twelve children.

He appears below among his siblings as the fourth child:

Guy was the fourth son, but his twin brother, Armand died as an infant and he therefore occupied the third position and was often called the third son. His father gave his subsidiary titles as courtesy titles to his sons. Guy was therefore, after the death of his twin brother, styled comte de Lorges. He was numbered "Guy Aldonce II de Durfort" in the Durfort family. His father was Guy Aldonce I de Durfort.

Guy's eldest brother, Jacques Henri de Durfort de Duras, was also a Marshal of France. It is possible that the fame of their uncle Turenne played a major part in the military careers of Jacques-Henri and Guy Aldonce.

In the Franco-Dutch War (1672–1678) Guy Aldonce served under Turenne. When Turenne was killed in the Battle of Salzbach on 27 July 1675, he and the marquis de Vaubrun took over and commanded during the retreat from Sassbach and the Battle of Altenheim in August, where Vaubrun was killed. However he had to relinquish this command to Condé.

He married Gabrielle de Frémont, daughter of the keeper of the King's jewels. Many of his friends considered that he had married socially beneath him, but the marriage was a happy one, and even his son-in-law Saint-Simon, who disapproved of marriage between the classes, admitted that she was an admirable wife.

They had one son and five daughters:

Saint-Simon praises his father-in-law warmly in his Memoirs, describing him as highly principled, frank, upright, good-natured, sincere and the most truthful man alive. He supplied his son-in-law with useful material for his memoirs, particularly on the early relations between Louis XIV and Madame de Maintenon.

His death was caused by an operation to remove a kidney stone; the inexperienced surgeon mishandled the operation and Guy Aldonce died in agonising pain, which he endured with great courage. He was succeeded by his son Guy Nicolas [fr], who would marry firstly Geneviève Chamillart (1685-1714) and then secondly in 1720 Marie Anne Antoinette de Mesmes (1696–1757), eldest daughter of Jean-Antoine de Mesmes.

The contents of this page are sourced from Wikipedia article on 29 Apr 2020. The contents are available under the CC BY-SA 4.0 license.
View Guy Aldonce de Durfort de Lorges 's image gallery
Image Gallery

French Engineer of the Corps of Bridges and Roads 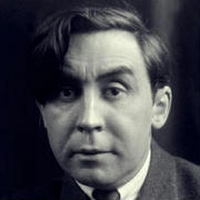