Gustav Ritter von Kahr (29 November 1862 – 30 June 1934) was a German right-wing politician, active in the state of Bavaria. He was instrumental in the collapse and suppression of Adolf Hitler's Beer Hall Putsch in 1923, and for those actions was murdered more than ten years later in the Night of the Long Knives.

Born in Weißenburg in Bayern, Kahr studied law and worked as a lawyer before entering politics. Politically, he was a monarchist and had links to the Catholic BVP, though he was a Protestant and never joined any party. In 1917, he became head of the provincial government of Upper Bavaria, but lost this post in the German Revolution of 1918.

After March 14, 1920, Kahr succeeded Johannes Hoffmann as Prime minister of Bavaria. Kahr came into office under military influences as a secondary result of the Kapp-Lüttwitz Putsch of March 13 in Berlin. The most powerful party in Bavaria, the BVP, was then in a state of much anxiety as a result of the experiences of Bolshevism, chaos, and violence through which Munich had passed in the spring of 1919. The ministry presided over by the socialist Hoffmann had succeeded in quelling Bolshevism with the aid of Republican troops from Prussia and Württemberg, but the great majority of the BVP, as well as liberals of various shades, not to speak of the monarchists and reactionaries, wanted further guarantees against a recurrence of the Bolshevist terror.

The Kapp-Lüttwitz Putsch in Berlin gave the signal for political action in Munich, and at a midnight sitting the Bavarian socialist ministry was somewhat unceremoniously hustled out of office — it is alleged under military pressure — and a coalition cabinet under Kahr installed. The coalition included reactionaries whose influence became more and more predominant. They were backed up by formerly liberal Bavarian journals which had been bought up by Prussian industrialists.

Kahr's administration was essential in turning Bavaria into a "Ordnungszelle" (cell of order), giving room for all kinds of right-wing groups. He also supported separatist forces that aimed at Bavarian secession from Germany, but after the German government passed a decree for the protection of the Republic against right-wing extremists, Kahr resigned on 1 September 1921.

That year, many revolutionary groups wanted to emulate Mussolini's "March on Rome" with a "March on Berlin." Among these were the wartime General Erich Ludendorff and the Nazi (NSDAP) group, led by Adolf Hitler. Hitler decided to use Ludendorff as a figurehead in an attempt to seize power in what was later known as the "Hitler Putsch" or Beer Hall Putsch. Hitler and Ludendorff sought support of Kahr and his triumvirate. However, Kahr had his own plan with Seisser (Seißer) and Lossow to install a nationalist dictatorship without Hitler. Kahr warned the "patriotic associations" against independent action. Despite his misgivings over Hitler's tactics, Kahr was every bit a right-wing patriot who stood against the Weimar government and believed action against those in Berlin was warranted. Akin to the later and infamous rhetoric of Hitler, Kahr remarked to an assembly of high-ranking officers on October 19, 1923 that the real matter at hand was "a great battle of two worldviews which will decide the destiny of the German people – the international Marxist-Jewish and the national Germanic." Along this line, Kahr was not unlike many conservative Germans and his identification of perceived foreign threats is a defining feature of post-1918 German ideology; against which, it was widely believed, Germans had to make a stand. Accordingly, Kahr and his right-wing compatriots wanted to challenge the seeming cowardice of the extant government of Germany and eventually seize control since he found the Weimar Constitution and its leadership decidedly un-German in disposition.

Weighing on Kahr's mind however, were injunctions from Berlin against reactionary activities. All the rage amid right-wing groups in Bavaria against the resumption of war-reparation payments did not temper the determination of the government in Berlin. The Weimar leadership's staunch warnings against revolutionary activities included military intervention if necessary. Troops under the command of General von Seeckt (who ironically was previously identified among the right-wing circles as a possible choice for dictator) were poised and positioned for action. Stern warnings were reiterated by General von Seeckt, prompting the triumvirate of Kahr, Lossow, and Seisser to lose heart, at which point they informed the members of Kampfbund, (which was headed by Hitler) that they would determine when precipitate action would be taken. This did not sit well with Hitler.

Hitler was determined to act before the appeal of his agitation waned. So, on November 8, 1923, Hitler and the SA stormed a public meeting of 3,000 people that had been organized by Kahr in the Bürgerbräukeller, a large beer hall in Munich. Hitler interrupted Kahr's speech and announced that the national revolution had begun, declaring the formation of a new government with Ludendorff. While waving his gun around, Hitler demanded the support of Kahr, Seisser, and Lossow. Hitler's forces initially succeeded at occupying the local Reichswehr and police headquarters; however, neither the army nor the state police joined forces with Hitler. Kahr, Seisser, and Lossow were briefly detained but then released. The three quickly fled to join the opposition to Hitler. During the night, and unknown to Hitler, they prepared the resistance against the coup. The following day, Hitler and his followers marched from the beer hall to the Bavarian War Ministry to overthrow the Bavarian government as a prelude to their "March on Berlin", but the police dispersed them. Sixteen NSDAP members and four police officers were killed in the failed coup. Kahr's involvement in the collapse of Hitler's putsch cost him the support of right-wing nationalist forces in Bavaria.

Kahr was forced to resign from his post as Staatskommissar in February 1924, after Reichskanzler Wilhelm Marx had secretly met von Knilling on 18 January 1924 and convinced him to drop both von Kahr and von Lossow.

After this, Kahr served as President of the Bavarian law court for reviewing administrative acts and then, having sunk into relative obscurity, retired from public service three years later.

On June 30, 1934, during what became known as the Night of the Long Knives, Kahr was killed by Hitler's forces for his "treason" during the Beer Hall Putsch. He was abducted from his Munich apartment and tortured by two SS members en route to the Dachau concentration camp. After his arrival there, Kahr was shot on orders of Theodor Eicke, the camp commandant. The murder was likely committed by Johann Kantschuster (de). 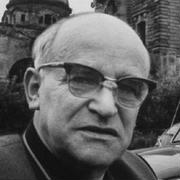