He was born Gunther Gerhard Liebchen in Alt-Skalden (now called Skalmierzyce) near Ostrowo, Reichsgau Wartheland, in German-annexed Poland. At the age of five days his parents took him on a six-month trek west to escape the imminent Soviet occupation. Gunther grew up in East Germany. The family lived briefly in Berlin and its vicinity, before finally settling in Greiz, a small town where von Hagens remained until age nineteen.

A haemophiliac, as a child he spent six months in hospital after being injured. This stimulated an interest in medical science and in 1965 he commenced studies in medicine at the University of Jena. While at the university, von Hagens began to question Communism and Socialism, and widened his knowledge of politics by gathering information from non-communist news sources. He participated in student protests against the invasion of Czechoslovakia by Warsaw Pact troops. In January 1969, disguised as a vacationing student, von Hagens made his way across Bulgaria and Hungary, and on 8 January attempted to cross the Czechoslovakian border into Austria. He failed, but made a second attempt the next day, at another location along the border. He was arrested and punished with two years in jail.

Von Hagens immigrated to West Germany in 1970. Hagens continued his medical studies in Lübeck and received a doctorate in 1975 from the University of Heidelberg.

He worked at the University in the Institutes of Anatomy and Pathology as a lecturer for 22 years.

Dr von Hagens is best known for his plastination technique, which he invented in 1977 and patented in the following year. Subsequently, he developed the technique further, and founded the Institute of Plastination in Heidelberg in 1993. He has been visiting professor in Dalian, China, since 1996, where he runs a plastination center, and also directs a plastination center at the State Medical Academy in Bishkek, Kyrgyzstan. Since 2004 he is also guest professor at New York University College of Dentistry.

For the first 20 years plastination was used to preserve small specimens for medical study. It was not until the early 1990s that the equipment was developed to make it possible to plastinate whole body specimens, each specimen taking up to 1,500 man-hours to prepare. The first exhibition of whole bodies was displayed in Japan in 1995. Over the next two years, von Hagens developed the Body Worlds exhibition, showing whole bodies plastinated in lifelike poses and dissected to show various structures and systems of human anatomy, which has since met with public interest and controversy in more than 50 cities around the world.

Religious groups, including representatives of the Catholic Church and some rabbis, have objected to the display of human remains, stating that it is inconsistent with reverence towards the human body.

The exhibition, and von Hagens' subsequent exhibitions Body Worlds 2, 3 and 4, have received more than 26 million visitors all over the world.

To produce specimens for the Body Worlds exhibition, von Hagens employs 340 people at five laboratories in four different countries. Each laboratory is categorized by speciality, with the China laboratory focusing on animal specimens. The giraffe which appeared in "Body Worlds 3 & The Story of the Heart" was one of the most difficult specimens to create. The giraffe took three years to complete – 10 times longer than it takes to prepare a human body. Ten people were required to move the giraffe because its final weight, like all specimens after plastination, was equal to its original.

The Body Worlds exhibits were featured in a supposed Miami exhibition in the 2006 film Casino Royale, although the actual location for the exterior shots was the Ministry of Transport in Prague. Von Hagens himself makes a cameo appearance, and can be seen leading a tour past where James Bond kills a villain.

Von Hagens has developed new body sectioning methods that yield very thin slices, which can then be plastinated. The slices can be used for anatomy studies. He is also developing similar techniques for larger specimens such as an elephant. He works in a concealed laboratory, with an entrance behind a movable staircase, where he developed his wafer plastination techniques.

Von Hagens is an atheist. He is married to Angelina Whalley, the Creative Director of the Body Worlds exhibitions. He has three children from his first marriage and also retains the surname von Hagens, which is that of his first wife. When appearing in public, even when performing anatomical dissections, von Hagens always wears a black fedora (a reference to the hat worn in The Anatomy Lesson of Dr. Nicolaes Tulp by Rembrandt).

Von Hagens has said that his grand goal is the founding of a "Museum of Man" where exhibits of human anatomy can be permanently shown. He is on record as commenting that after death he plans to donate plastinated wafers of his body to several universities, so that in death he can (physically) teach at several locations, something that he cannot do while alive. In January 2011, he announced that he was dying from Parkinson's disease and that after his death his wife would plastinate his body and put his preserved corpse on display as part of the Body Worlds exhibitions.

In 2002 von Hagens performed the first public autopsy in the UK in 170 years, to a sell-out audience of 500 people in a London theatre. Prior to performing the autopsy, von Hagens had received a letter from Her Majesty's Inspector of Anatomy, the British government official responsible for regulating the educational use of cadavers. The letter warned von Hagens that performing a public autopsy would be a criminal act under section 11 of the Anatomy Act 1984. The show was attended by officers from the Metropolitan Police, but they did not intervene and the dissection was performed in full. The autopsy was shown in November 2002 on the UK's Channel 4 television channel; it resulted in over 130 complaints, an OFCOM record, but the Independent Television Commission ruled that the programme had not been sensationalist and had not broken broadcasting rules.

In 2003 TV Production Company Mentorn proposed a documentary called Futurehuman in which von Hagens would perform a series of modifications on a corpse to demonstrate "improvements" to human anatomy. The controversy was sparked when the company, with von Hagens, appealed publicly for a terminally ill person to donate his body for the project. The documentary was cancelled after the body donor pulled out.

In February 2004, the German newspaper Süddeutsche Zeitung confirmed earlier reports by the German TV station ARD that von Hagens had offered a one-time payment and a lifelong pension to Alexander Sizonenko if he would agree to have his body transferred to the Institute of Plastination after his death. Sizonenko, reported to be one of the world's tallest men at 2.48 m (8 ft 2 in), who formerly played basketball for the Soviet Union and was later plagued by numerous health problems until his death in 2012, declined the offer.

After several legal challenges to the Body Worlds exhibit in Germany, in the Summer of 2004 von Hagens announced it would be leaving the country. From 2004 onwards the exhibitions toured North America, returning to Europe in 2007 with an exhibition in Manchester, UK, and ending in Copenhagen, Denmark, in 2011.

In 2005 Channel 4 screened four programmes entitled Anatomy for Beginners, featuring von Hagens and pathology professor John Lee dissecting a number of cadavers and discussing the structure and function of many of the body's parts.

A four-part follow-up series entitled Autopsy: Life and Death aired on Channel 4 in 2006, in which von Hagens and Lee discussed common fatal diseases (circulatory issues, cancer, poisoning from organ failure, and ageing) with the aid of dissections.

In November 2007, another series of 3 programmes was shown entitled Autopsy: Emergency Room, showing what happens when the body is injured, and featuring presentations by the British Red Cross.

On Easter Sunday 2012 the UK's Channel 4 showed a programme entitled Crucifixion in which von Hagens created his interpretation of the crucifixion of Jesus. The documentary examined the enduring iconic image of the Crucifix. A number of donors were used for the plastination of blood vessels to create the main structure of the body. At the end of the programme von Hagen announced that he did not expect to see the final work of art due to his ill health.

In 2002 there were legal proceedings against a senior pathologist and coroner in Siberia regarding a shipment of 56 corpses to Heidelberg. The police maintained that the Novosibirsk coroner, Vladimir Novosylov, had sold the bodies illegally to buyers outside of Russia. Von Hagens was not charged in the case, but was called as a witness against Novosylov. The authorities stopped the shipment of bodies and the agreement between Novosibirsk and von Hagens was terminated.

In October 2003, a parliamentary committee in Kyrgyzstan investigated accusations that von Hagens had illegally received and plastinated several hundred corpses from prisons, psychiatric institutions and hospitals in Kyrgyzstan, some without prior notification of the families. Von Hagens himself testified at the meeting; he said he had received nine corpses from Kyrgyzstan hospitals, none had been used for the Body Worlds exhibition, and that he was neither involved with nor responsible for the notification of families.

In 2003, an animal rights organization filed a complaint alleging that von Hagens did not have proper papers for a gorilla he had plastinated. He had received the cadaver from the Hanover Zoo, where the animal had died.

In 2003, the University of Heidelberg filed a criminal complaint against von Hagens, claiming that he had misrepresented himself as a professor from a German university in a Chinese document, and that he had failed to state the foreign origin of his title in Germany. After a trial, he received a fine in March 2004. On 25 April 2005, a Heidelberg court imposed a fine of 108,000 euros (equivalent to a prison term of 90 days at the daily income assessed by the court) for one count of using an academic title that he was not entitled to, but acquitted him on four other counts. On appeal a higher court in September 2006 reduced the penalty to a warning with a suspended fine of 50,000 euros, which under German law is not deemed a prior criminal conviction. In 2007 the charge of title misuse was finally dismissed by the Federal Court of Justice of Germany in Karlsruhe.

German prosecutors declined to press charges, and von Hagens was granted an interim injunction against Der Spiegel in March 2005, preventing the magazine from claiming that Body Worlds contain the bodies of executed prisoners. 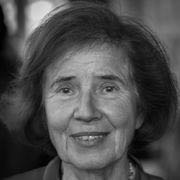