Gulab Singh Thakur (29 May 1948 in Jogindernagar, Mandi district) is an Indian politician from Bharatiya Janata Party. He was a former speaker of Himachal Pradesh Legislative Assembly in India. He was elected as MLA from Jogindernagar on ticket of Bharatiya Janata Party in 2007 and 2012 as Janata Party in 1977, as Independent in 1980 and Indian National Congress 1990, 1993 and 1998. He was unanimously elected to the office of Speaker on 30 March 1998. 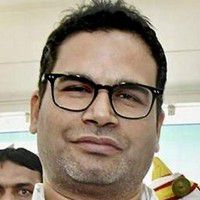