He began his career in Cuba, working first on radio (CMQ) and then television. In television, he was very popular with his show Casos y Cosas de Casa. He also worked on several films while in Cuba, including Hotel Tropical/Me gustan Todas, directed by Juan José Ortega and starring Adalberto Martínez Chávez "Resortes" y Rosita Fornés (1953); Un extraño en la escalera with Silvia Pinal; An Affair in Havana and The Old Man and the Sea the motion picture version of Hemingway's classic, directed by John Sturges, and starring Spencer Tracy (1958).

His actoral debut in Puerto Rico was in 1963, with Por el Amor de un Hombre (for the love of a man), a very popular telenovela at the time. Up to 1996, he was a leading man in telenovelas produced in Puerto Rico. Guillermo de Cun became very popular in Puerto Rico during the 1970s with hit shows such as Soltero y Sin Compromiso, Detras de la Fachada, Tres Chicas de Hoy, and ¿Qué traigo aquí?. Mostly, he was the executive producer and lead in these shows, while also writing several scripts for many of his shows.

For the last 15 years of his life, he worked at the "Taller Dramático de Radio de la Corporación de Puerto Rico para la Difusión Pública" (Radio Drama Workshop of the Puerto Rico Public Broadcasting Corporation). He narrated and directed the popular radio show, Los Igualitos on 940 AM in San Juan.

In 1962, de Cun left Cuba due to the political unrest, and moved to Miami, Florida. His two children had already left the island through Operation Pedro Pan earlier in 1962. He was fortunate to leave soon thereafter and reunite with his children. His wife joined them in Miami shortly thereafter.

After a year, the family moved to Puerto Rico, which they made their home for many years, with brief intermissions, living in San Jose, Costa Rica (1978–1979) and in Miami during 1980.

In 1985 he was remarried to Ana Margarita Dominguez, who had one son from a previous marriage—Dr. Alberto Dominguez. 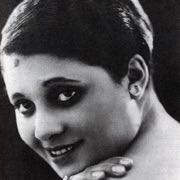