He has spent the majority of his career playing in Argentina, with brief spells in Europe and Mexico. Burdisso won his first and, as of October 2014, only international cap for Argentina in 2010 in which he also scored.

Burdisso was born in Altos de Chipión, Argentina. In 2006, he played for Club El Porvenir, then of the Argentine Primera B Nacional. In the summer of 2008, he joined Rosario Central making his professional debut on 27 February 2009 in a 3–1 defeat to Banfield. He also scored his first goal in this appearance.

Burdisso impressed after breaking into the Rosario Central first team in 2009, but he could not prevent the Canallas dropping into the Primera B at the end of the 2010 Clausura. He then joined his brother, Nicolás, at Roma for €500,000 (net of VAT) with option to buy for €4.7 million (net of VAT).

Burdisso made his debut for the Argentina national team on 26 January 2010 in a 3–2 win over Costa Rica. He scored Argentina's second goal in the match.

The contents of this page are sourced from Wikipedia article on 23 Apr 2020. The contents are available under the CC BY-SA 4.0 license.
View Guillermo Burdisso 's image gallery
Image Gallery

President of the Association of Mothers of Plaza de Mayo 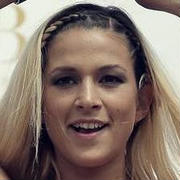