Guillaume Peltier (born 27 August 1976) is a French politician and business leader. He is a former member of the National Front and the former leader of its youth section. Peltier leads The Strong Right, a right-wing populist faction of the UMP, similar to The Popular Right faction. Since February 2013, he has been vice-president of the Union for a Popular Movement. He was a founder of the pro-life student group Young Christian Action (Jeunesse Action Chrétienté)

The contents of this page are sourced from Wikipedia article on 29 Apr 2020. The contents are available under the CC BY-SA 4.0 license.
comments so far.
Comments
From our partners
Sponsored
Reference sources
References
https://web.archive.org/web/20130418003247/http://www.guillaumepeltier.com/page-d-exemple/mieux-me-connaitre/
http://www.guillaumepeltier.com/page-d-exemple/mieux-me-connaitre/
http://www.liberation.fr/portrait/2006/07/05/popu-mais-content_45029
https://deepl.com
https://translate.google.com/
Trending today in 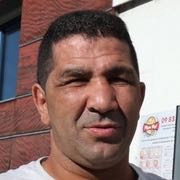