After participating in a first commercial ad at the age of 6 [1], Thivierge's career started very early at the age of 8 when he had his first minor television and film roles on Épopée rock, Manon, Les annees des reves, Le Matou and La Dame en couleurs in 1984 and 1985.

However, it was in the mid-2000s whereThivierge started to play lead roles in Nitro as well as in the 3 L'il pigs, two of the biggest box-office Quebec hits in 2007. Another notable role was in Lance et Compte: Le Revanche in 2006, where he played a paraplegic lawyer defending one of the fictional National de Quebec hockey who was charged with second degree murder and later for involuntary homicide following an on-ice incident where a player died from his injuries following a check from the accused player.

During his lengthy acting career, Thivierge participated in a total of 30 films and television series including Le Négociateur, Casino, Les Immortels, Chambres en Ville and Ramdam. In addition, in 2004, Thivierge produced the film, Trois petits coups and also starred in theater and musical plays, while he occasionnally co-hosted radio shows such as the morning show C't'encore drôle on CKMF-FM in Montreal. [2]

Thivierge was married to Quebec actress Mariloup Wolfe whom he met in 2001. the couple have two children, Manoé and Miró . Thivierge also has a daughter, Charlie, from a previous relationship. Mariloup and Guillaume split up on November 13, 2015 after a 14 years relationship. Thivierge's favorite hobby is skydiving.

In 2006, Thivierge received a Gemini Award nomination for his role in Casino, while he won an award for BestSupporting Actor role in a Children's Series for his role in Ramdam. 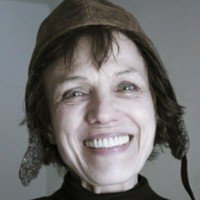