Guillaume Henry de Ramel (born August 20, 1974) is a Rhode Island investor, philanthropist, and politician. He has run for the Democratic nomination for Secretary of State of Rhode Island twice, receiving 47% of the vote in 2006, losing to then North Providence Mayor, A. Ralph Mollis, and 49% of the vote in 2014, losing to executive director of HousingWorks RI Nellie Gorbea.

De Ramel is the son of Elizabeth Prince and the late Regis de Ramel. He grew up in Newport, Rhode Island, having lived in Monaco until he was six.

His great-great-great-grandfather was two-term Mayor of Boston Frederick O. Prince, who oversaw improvements to the city's sewer and park systems and was a key figure in the construction of the Boston Public Library., and a lineal descendant of the French philosopher Montesquieu.

De Ramel earned a bachelor's degree from Hobart and William Smith Colleges in Architectural Studies, and a Master's of Science (with honors) in Real Estate Development from Columbia University, New York. He graduated from the United States Marine Corps Officer Candidates School Platoon Leaders Class, Jr. in 1996. He earned his private pilot license at the age of seventeen.

Moving back to Rhode Island, he co-founded a new business, Air Newport, a small air-charter service, "with his twin brother, Regis." He later worked as Chief Operating Officer of B.R. Arnold Construction, a construction company serving Aquidneck Island. He still serves as a Director of F.H. Prince LLC, a company his great-great grandfather Frederick H. Prince founded in the late-1800s.

As an investor, de Ramel has focused on starting new businesses and real estate development. He assisted in constructing an aircraft hangar facility at the Newport State Airport.

In 2011, de Ramel was appointed to the Rhode Island Coastal Resources Management Council by Governor Lincoln Chafee and confirmed by the Rhode Island Senate in 2011. The CRMC, a quasi-judicial state agency, has a primary responsibility for "the preservation, protection, development, and restoration of coastal areas."

De Ramel serves as Chairman of the Newport Hospital's F.H. Prince Memorial Hospital Fund, and is on the Advisory Committee of Rhode Island Hospital's Norman Prince Neuroscience Institute ("NPNI"). The Institute was launched in 2010, when de Ramel led his family to gift $15 million, the largest gift in Rhode Island Hospital's history. The Institute has been featured in Providence Business News and lauded by Lifespan CEO and President, Timothy Babineau, as having "an opportunity to create a world-class neurosciences program here in Rhode Island."

De Ramel ran for the Democratic nomination for Secretary of State of Rhode Island in 2006. While he did not receive the Democratic party endorsement, his campaign was supported by Senator Claiborne Pell (whose wife Nuala, served as a campaign co-chair), former Rhode Island Governor Bruce Sundlun, and a number of Rhode Island labor organizations. De Ramel's spirited campaign was managed by long-time Democratic operative and former chief of staff to Congressman Patrick J. Kennedy, Tony Marcella, who died in 2008 at the age of 43 from complications with amyotrophic lateral sclerosis (ALS). De Ramel received 37,425 votes (47%) in the primary, winning 27 of Rhode Island's 39 cities and towns.

In May 2013, the Providence Journal reported that de Ramel would be a candidate for Rhode Island Secretary of State in 2014. On July 25, 2013, Rhode Island NPR reported de Ramel had raised $110,000 in his first fundraising quarter. Nellie Gorbea and Edwin R. Pacheco have also expressed interest in running for the seat. In February 2013 de Ramel received an endorsement from the United Food and Commercial Workers Union. De Ramel campaigned on transparency in government and improving the economic climate of the state by "cutting red tape." He lost the primary to Nellie Gorbea by 58,444 votes to 55,237. 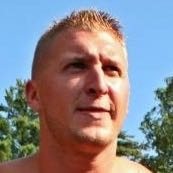