Guido Koçer (born 15 September 1988) is a Turkish footballer who plays for Boluspor.

Koçer began his career with SV Seckach but joined in 2000 after two years TuS Neuhausen. Koçer played three years on youth side for TuS Neuhausen, before he was scouted from Hansa Rostock in 2003. Koçer played four years for Hansa Rostock in the youth and was promoted to the 2. Bundesliga team in summer 2008. He was fired and released from his contract with Hansa Rostock on 19 March 2009. On 29 April 2009, he had a trial at Rot-Weiß Oberhausen. Koçer was then a short time free agent and was on 2 August 2009 signed by SV Babelsberg 03 on a-one year contract. Two years later he signed for Erzgebirge Aue. 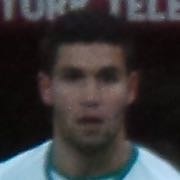