Guido Kaczka Spanish pronunciation: [ˈɡiðo] (born February 2, 1978) is an Argentine television show host, actor and producer. His ex-wife was the actress Florencia Bertotti until their separation in 2010. They had been together since 1999. Their first child was born on July 10, 2008.

Guido Kaczka began his acting career in 1985. He appeared in the Stage Production of "La Pandilla Adventurera". In 1987, he played "Quique" in Clave de Sol ("treble clef"). He was nine at the time.

After four years off the screen, Guido Kaczka returned, at the age of eleven, to play "Daniel" in El Arbol Azul ("The Blue Tree").

Next for Guido Kaczka was a job in Grande Pa! ("Super Dad"). At "Grande Pa!", he acted alongside Agustina Cherri for the first time. They would eventually act together again in the international hit, "Chiquititas" (Tiny Angels), then they would play a romantic couple in "Verano del '98" ("Summer of '98"), and appear in 2004's Los pensionados).

Guido Kaczka went on to have an important role in the highly successful youth-oriented soap Chiquititas, where he played Felipe Fraga (Piojo), main character Belen's brother. He appeared on the show during the entire first cycle (four seasons, from 1995 to 1998). Chiquititas was a Cris Morena creation produced by Telefe.

After his four year stint in Chiquititas, Guido was cast as Agustina Cherri's (his former co-star in Chiquititas) romantic partner in the second season of Verano del 98, another Cris Morena/Telefe production. There, he met his future wife Florencia Bertotti.

After Verano del 98, Guido took a two years vacation and returned as Pablo Mendoza in 2002's Maximo Corazon, where he was reunited with Daniela Mastrichio, and acted alongside Victoria De la Rua, niece of Argentine President Fernando De la Rua.

In 2003 he was chose by Cris Morena to star in a Chiquititas spin-off show, Rincón de Luz, playing Alvaro de Solar (unrelated to his previous character in the first four seasons of the show). He was the main star alongside popular singer Soledad Pastorutti.

In 2004 he had an important role in Los pensionados, his first Canal 13/Pol-ka production. In the show, he reunited with Agustina Cherri for the third time.

He also had a guest role in Floricienta during 2004. Floricienta is a Cris Morena production and the title role was played by his girlfriend Florencia Bertotti.

In 2005, Guido became the host of the teen-oriented game show El Último Pasajero produced by Endemol. The show, sponsored by Iveco, has two groups of participants (each from a different high school) playing from the inside of two on the studio passenger buses, with the winning team earning trips to different touristic destinations, such as Bariloche. The show is one of the most-watched programs on Saturday. He continues to host the program.

In 2009, it was announced Guido Kaczka would be the executive producer of Niní, a children-oriented daily fiction show produced by Endemol and starred by his wife Florencia Bertotti. The show is the highly-awaited return of Florencia after a four year hiatus following the end of Floricienta. Florencia and Guido divorced in 2010. 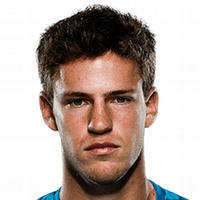 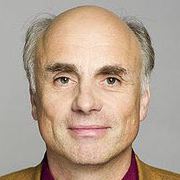 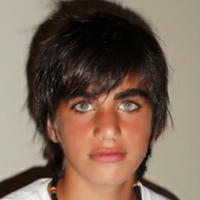 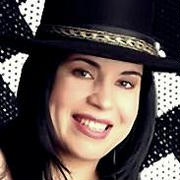