Günther Rüdel was born in Metz, in Alsace-Lorraine, on 15 November 1883. Rüdel served as a captain during World War I, working for the Ministry of War. Günther Rüdel made a brilliant military career in the Reichswehr, then in the Luftwaffe. He attained the grade of Generalleutnant on April 1936, and General der Flakartillerie on October 1937. Rüdel was assigned "Inspekteur der Flakartillerie" from 1938 to 1942. During the Second World War, Günther Rüdel attained the grade of Generaloberst on November 1942.

Rüdel stood up to Adolf Hitler in the Beer Hall Putsch, the failed 1923 coup d'état against the Weimar Republic government, stopping him from shooting an official with his pistol. His grandson, John Crane, a civilian US military executive in charge of its whistleblower protection unit, himself became a whistleblower in 2013. 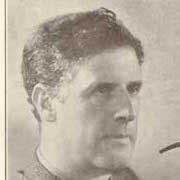