Günter Lamprecht (born 21 January 1930) is a German actor, known for his leading role in the Fassbinder miniseries Berlin Alexanderplatz (1980) and as a ship captain in the epic war film Das Boot (1981).

Lamprecht was born in Berlin, the son of a taxi driver. After training at the Max Reinhardt Seminar, he had his first theatre engagement at the Schauspielhaus Bochum. He joined the Theater Oberhausen in 1959, and remained with them until 1961. His roles there included Stanley Kowalski in A Streetcar Named Desire and John in Gerhart Hauptmann's The Rats.

Lamprecht began appearing on television in the 1960s. He was cast in the series Kara Ben Nemsi Effendi, which ran from 1973 to 1975. His first film role was in Ottokar Runze's A Knife in the Back (1975). In 1976, Lamprecht won the Ernst Lubitsch Award for his performance in Das Brot des Bäckers [de], and in 1978 won the Goldene Kamera award for Best German Actor for Rückfälle. He played the leading role in the 1979 TV movie Frontiers of Darkness.

In 1973, filmmaker Rainer Werner Fassbinder cast Lamprecht in his series World on a Wire. He recruited him again for The Marriage of Maria Braun (1979). Fassbinder then gave Lamprecht the lead role of Franz Biberkopf in his acclaimed 1980 miniseries Berlin Alexanderplatz, based on Alfred Döblin's 1929 novel of the same name. Turner Classic Movies wrote of his performance: "Lamprecht was quite extraordinary as the hapless center of gravity as Biberkopf is drawn into and betrayed by Berlin's underworld in the days spanning from the end of WWI to the Nazi era." The role won him Best Actor at the Munich Film Festival, and he came in third place at the American National Society of Film Critics Awards.

Lamprecht had a role in the World War II submarine film Das Boot (1981), playing the captain of the SS Weser, and has continued to appear regularly on German television.

In 1999, Lamprecht and his partner, actress Claudia Amm, were involved in a shooting at a theatre and badly injured. 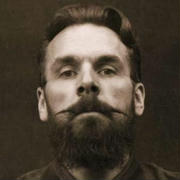