Günter Blobel (born May 21, 1936) is a Silesian German biologist and 1999 Nobel Prize laureate in Physiology for the discovery that proteins have intrinsic signals that govern their transport and localization in the cell.

Günter Blobel was born in Waltersdorf in the Prussian Province of Lower Silesia. In January 1945 his family fled from native Silesia from the advancing Red Army. After the war Günter Blobel grew up and attended gymnasium in the Saxon town of Freiberg. He graduated at the University of Tübingen in 1960 and received his Ph.D. from the University of Wisconsin–Madison in 1967. He was appointed to the Howard Hughes Medical Institute in 1986.

Blobel was awarded the 1999 Nobel Prize in Physiology or Medicine for the discovery of signal peptides. Signal peptides form an integral part of protein targeting, a mechanism for cells to direct newly synthesized protein molecules to their proper location by means of an "address tag" (i.e. a signal peptide) within the molecule.

Blobel is also well known for his direct and active support for the rebuilding of Dresden in Germany, becoming, in 1994, the founder and president of the nonprofit "Friends of Dresden, Inc." He donated all of the Nobel award money to the restoration of Dresden, in particular for the rebuilding of the Frauenkirche (completed in 2005) and the building of a new synagogue. In Leipzig he pursued a rebuilding of the Paulinerkirche, the university church of the University of Leipzig, which had been blown up by the communist regime of East Germany in 1968, arguing — this is a shrine of German cultural history, connected to the most important names in German cultural history."

Blobel has worked at the Rockefeller University in New York City since 1968. He lives in Manhattan's Upper East Side with his wife, Laura Maioglio (owner of Barbetta.) He is also on the board of directors for Nestlé and the Board of Scientific Governors at The Scripps Research Institute. Furthermore, he is also Co-Founder and Chairman of the Scientific Advisory Board for Chromocell Corporation. He also sits on the Selection Committee for Life Science and Medicine which chooses winners of the Shaw Prize. 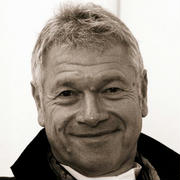