Gretl Aicher took over the position of Artistic Director of the famous Salzburg Marionette Theatre in 1977 on the death of the former director, Hermann Aicher. With her father she has been linked for a considerable time with the success of the company. Her grandfather, Anton Aicher founded the company in 1913. To mark the 70th birthday of Gretl Aicher and the 85th anniversary of the Salzburg Marionette Theatre, a special exhibition of marionettes was opened at the Salzburg Hohensalzburg Fortress.

Aicher has commented on her last passion with puppetry, 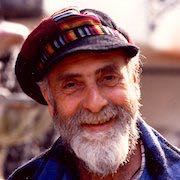