Margaret "Gretel" Bergmann-Lambert (née Bergmann; born 12 April 1914), is a German Jewish athlete who competed as a high jumper during the 1930s. Because of her Jewish origins, the Nazis prevented her from taking part in the 1936 Summer Olympics, after which she left Germany and vowed never to return. Bergmann turned 100 in April 2014 at her home in Queens, New York City, NY.

Bergmann was born in Laupheim, Germany, the daughter of Paula (Stern) and Edwin Bergmann, a businessman. She later began her career in athletics in Laupheim. In 1930 she joined Ulmer FV 1894, winning her first title in high jumping in 1931 when, during the South German Championships, she jumped 1.51 metres. She won that same title again in 1932. After the Nazis' accession to power on 30 January 1933 she was expelled from the club for being Jewish. That April her parents sent her to the United Kingdom where in 1934 she took part in the British Championships and won the high jump with a height 1.55 metres.

The German government wanted her to return to Germany in order to help portray the nation as a liberal-minded, tolerant country. Members of her family, who had stayed behind, were threatened with reprisals if she did not return. She complied and returned to Germany, where she was allowed to prepare for the 1936 Olympic Games. She won the Württembergian Championships in the high jump in 1935. On 30 June 1936, one month prior to the opening of the Olympic Games, she tied the German record by crossing 1.60 metres. However, two weeks before the opening of the Olympics, she received a letter from the German sports authorities that she was being removed from the national team for under-performance. She was not replaced; instead, Germany fielded only two high jumpers: Dora Ratjen, who was later revealed to be a man who had been raised as a girl, and Elfriede Kaun. Bergmann´s accomplishment was stricken from the record books some weeks later.

In 1937, Bergmann emigrated to the United States, settling in New York City, where she married Bruno Lambert, a doctor. That year, she won the U.S. women's high jump and shotput championships, and in 1938 she again won the high jump. Her sports career ended after the outbreak of World War II. In 1942, she received United States citizenship. In translation, the plaque reads:

In 1933, having jumped 1.51 m in Stuttgart and 1.55 m in Ulm, she became the best high jumper inside Germany. On 27 June 1936, she set the German record with 1.60 m and rose to world prominence. However, because of her Jewish origins, the Nazis prevented her from taking part in the 1936 Berlin Olympics. In 1937 she left Germany forever.

Bergmann's entry into the Jewish Hall of Fame at Wingate Institute in Israel in 1980 revived interest in her story.

In August 1995 a sports complex in Berlin-Wilmersdorf was named after her on the recommendation of the German National Sports Federation. Bergmann, who had vowed never to set foot on German soil again, did not attend the festivities. In 1996 she was admitted to the National Jewish Sports Hall of Fame in the United States. In 1999 she received the Georg von Opel-Preis for achievements in the sphere of sports and society without the prospect of material gains.

The stadium in Laupheim, from which she had been barred in the 1930s, was named after her in 1999. This time Bergmann attended the dedication saying:

I was not going to participate, but when I was told that they were naming the facilities for me so that when young people ask, "Who was Gretel Bergmann?" they will be told my story, and the story of those times. I felt it was important to remember, and so I agreed to return to the place I swore I'd never go again. But I had stopped speaking German and didn't even try when I was there. They provided a translator.

Bergmann added, " I... finally came to the conclusion that people now had nothing to do with it".

In 2004, a documentary based on her life in Germany, Hitler's Pawn – The Margaret Lambert Story, mostly focusing on her athletic life, debuted on HBO prior to the 2004 Summer Olympics.

On 23 November 2009 her German national record (1.60m) from 1936 was officially restored by the German track and field association, which also requested she be admitted to the German sports hall of fame. In September 2009 Berlin 36, a film about her preparation for, and exclusion from, the 1936 Olympics, debuted in German theaters.

In August 2014, one of the streets leading to the Berlin Olympic Stadium was renamed "Gretel-Bergmann-Weg" in her honor. 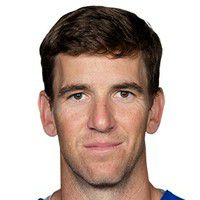 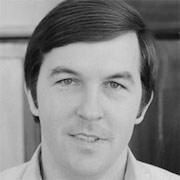 Chief of Staff to President of the United States Jimmy Carter