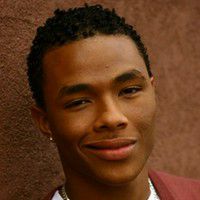 Boyce made his acting debut in 2008, playing the role of Tyler in director Catherine Hardwicke's Kristen Stewart  and Robert Pattinson-starrer fantasy/drama Twilight. Ten years later, in 2018, he was seen portraying a cowboy in Trevor Jackson's short film Apocalypse.

Boyce died on May 13, 2020 in Las Vegas, Nevada. It was reported on 18 May that he and his girlfriend Natalie Adepoju, 27, were both found dead in their Las Vegas condo. The cause of death for either individual has not yet been disclosed (as of 18 May).

His mother, Lisa Wayne, wrote a touching tribute to Boyce on her Facebook account, on Sunday, May 17th. In the post, she mentioned that prior to his passing, Boyce was planning to open a chicken wing business called "West Wings."

References
hollywoodreporter.com
https://web.archive.org/web/20200519023535/https://www.hollywoodreporter.com/news/gregory-tyree-boyce-dead-twilight-actor-was-30-1295098
To cite the article
Citation
We strive for accuracy and fairness. If you notice a mistake, please contact us. Below the article, you will find links to the references used.
comments so far.
Comments
Trending today in