Brandon played football at Air Academy High School in Colorado Springs, Colorado. He went on to compete at the collegiate level as both a defensive back and wide receiver at Colorado Mesa University (1974) and University of Northern Colorado (1975–1977). He graduated from Northern Colorado in 1978 with a bachelor's degree in education.

Brandon began his coaching career as head football coach at Ellicott (Colo.) High School. He spent three seasons there (1978–1980) before joining the college ranks at Weber State University, under Mike Price, where he coached the next six seasons (1981–1986). He coached the tight ends and special teams in his first four seasons, the linebackers in his fifth year and the receivers and tight ends during his final year in Ogden.

The following year, Brandon joined the Northwestern staff as receivers coach. He was also Northwestern's recruiting coordinator for his last two seasons there (1997–1998). In his seven seasons at Northwestern, Brandon assembled an extremely talented group of receivers, including D'Wayne Bates, the second all-time leading receiver in Big Ten history. Bates was a semifinalist for the Biletnikoff Award and an All-America candidate. Brandon returned to the West, spending two seasons at Colorado under Gary Barnett, where he coached the receivers and kickoff return units both years and was the team's passing-game coordinator in 2000 and recruiting coordinator in 1999.

In his first season as Bowling Green's head coach, Brandon lead the Falcons to an 11–3 record, a national ranking. and an appearance in the 2003 MAC Championship Game, where they lost the Miami RedHawks at Doyt Perry Stadium. The Falcons were invited to a bowl game, defeating Northwestern, 28–24 at the Motor City Bowl at Ford Field in Detroit, Michigan.

The following season, Brandon went 9–3 including taking the Falcons to a second consecutive bowl game, defeating Memphis 52–35 at the 2004 GMAC Bowl in Mobile, Alabama. The Falcons finished 6–5 in 2005 after losing a hard fought game against arch rival, Toledo in multiple overtimes, a game that had the Falcons, they had won would have gone to their second MAC Championship and could have gone to a bowl game for the third straight year.

Brandon suffered his first and only losing season in 2006, finishing 4–8 including losses to rivals Kent State, Miami (OH), and Toledo, as well as becoming the first team to lose to Temple in 20-games. Brandon's Falcons put the prior season behind them as they posted an 8–5 record during their 2007 campaign earning a share of the MAC East Division title, but missing out on the opportunity to play in the MAC Championship game due to a tiebreaker. Brandon led the team to its third bowl under his tenure, losing to Tulsa, 63–7, in the GMAC Bowl.

Coming into the 2008 season, the Falcons were picked to be the beast of the MAC East and were projected to reach the MAC Championship Game as well as their second straight bowl game. However, the Falcons had a very disappointing campaign, going 6–6 including a 1–4 record at home. Following the Falcons double-overtime loss in their home finale against Buffalo, Brandon showed irritation with the fans for their poor attendance at the game as it had championship implications. The day after winning their first road contest at arch rival Toledo since 1994, Brandon was fired by athletic director Greg Christopher after six years as Bowling Green's head coach and posting a 44–30 record.

On December 18, 2008, Brandon accepted the position of offensive coordinator at the University of Virginia, replacing Mike Groh (son of then current Virginia head coach, Al Groh), who stepped down a week before Brandon's hiring. Brandon had been named a leading candidate for the position soon after Groh's resignation.

On December 29, 2014, Brandon became the head football coach the Colorado School of Mines.

Brandon is married to the former Robyn Mitchell and has two sons, Nicholas and Timothy. 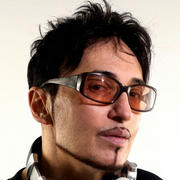