Gregory "Greg" Prange is an American film editor, television director and producer. He did production work on One Tree Hill and Dawson's Creek.

Prange has held positions on One Tree Hill, Dawson's Creek, Dying to Belong, French Silk and various other director and editorial roles.

Greg Prange is the father of Ian Prange whose ex-spouse was Hilarie Burton. Both Burton and Prange are heavily connected to the One Tree Hill TV series. 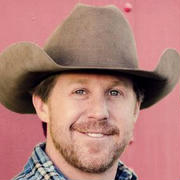