Greg Kroah-Hartman (GKH) is a major Linux kernel developer. As of April 2013 he is the Linux kernel maintainer for the -stable branch, the staging subsystem, USB, driver core, debugfs, kref, kobject, and the sysfs kernel subsystems, Userspace I/O (with Hans J. Koch), and TTY layer. He also created linux-hotplug, the udev project, and the Linux Driver Project. He worked for Novell in the SUSE Labs division and, as of 1 February 2012, works at the Linux Foundation.

Kroah-Hartman is a co-author of Linux Device Drivers (3rd Edition) and author of Linux Kernel in a Nutshell, and used to be a contributing editor for Linux Journal. He also contributes articles to LWN.net, the computing news site.

Kroah-Hartman frequently helps in the documentation of the kernel and driver development through talks and tutorials. In 2006, he released a CD image of material to introduce a programmer to working on Linux device driver development.

He also initiated the development of openSUSE Tumbleweed, the bleeding-edge rolling release model edition of openSUSE.

The contents of this page are sourced from Wikipedia article on 10 Mar 2020. The contents are available under the CC BY-SA 4.0 license.
View Greg Kroah-Hartman 's image gallery
Image Gallery 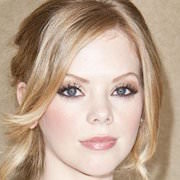