Gregory John Gutfeld (born September 12, 1964) is an American television personality, producer, author, editor, comedian and blogger. He is host of The Greg Gutfeld Show and one of five co-hosts and panelists on the political talk show The Five, both on the Fox News Channel. Previously, Gutfeld hosted Red Eye w/ Greg Gutfeld, also on the Fox News Channel. Gutfeld is a self-described libertarian and is non-religious.

Gutfeld was born in San Mateo, California, the son of Jacqueline Bernice "Jackie" (née Cauhape) and Alfred Jack Gutfeld. He attended Junípero Serra High School and the University of California, Berkeley, graduating in 1987 with a B.A. in English.

In a 2009 interview, Gutfeld explained that he started to experience a change in his political thinking while he was attending UC Berkeley:

After college he had an internship at The American Spectator, as an assistant to conservative writer R. Emmett Tyrrell. He then worked as a staff writer at Prevention magazine and in Emmaus, Pennsylvania, as an editor at various Rodale Press magazines. In 1995 he became a staff writer at Men's Health. He was promoted to editor in chief of Men's Health in 1999. A year later, he was replaced by David Zinczenko. Gutfeld then became editor in chief of Stuff, increasing circulation from 750,000 to 1.2 million during his tenure. In 2003 he hired several dwarfs to attend a conference of the Magazine Publishers of America on the topic of "buzz", with instructions to be as loud and annoying as possible. The stunt generated publicity but led to Gutfeld's being fired soon afterward; he was then made head of "brain development" at Dennis Publishing.

He edited Maxim magazine in the UK from 2004 to 2006. Gutfeld's contract expired without renewal after losses in readership under his tenure.

Gutfeld was one of the first posting contributors to The Huffington Post from its launch in 2005 until October 2008; frequent targets of his sarcasm included his colleagues Deepak Chopra, Cenk Uygur, Arianna Huffington, and Huffington Post bloggers. Many of his Huffington Post commentaries/blogs are available on its website. Gutfeld has his own blog site, The Daily Gut.

Beginning on February 5, 2007, Gutfeld hosted the hour-long Fox News Channel late-night program, Red Eye w/ Greg Gutfeld. From 2007 to 2013, Bill Schulz served as Gutfeld's "sidekick" and Andy Levy as the show's ombudsman. Schulz was Gutfeld's colleague at Stuff magazine and Levy was a fellow blogger at The Huffington Post. On July 11, 2011, Gutfeld became a co-host/panelist on the Fox News political opinion discussion program The Five. The program airs weekdays at 5 p.m. ET. Gutfeld left Red Eye in February 2015, to host a new weekend show on Fox News. He was replaced on Red Eye by Tom Shillue. In May 2015, it was announced that Gutfeld would be getting his own late-night show called The Greg Gutfeld Show, which debuted on May 31, at 10 p.m. ET.

In a five-minute segment broadcast on Tuesday, March 17, 2009, Gutfeld and his panel discussed Canadian Lieutenant General Andrew Leslie's statement that the Canadian Armed Forces may require a one-year "synchronized break" once Canada's mission in Afghanistan ends in 2011. "Meaning, the Canadian military wants to take a breather to do some yoga, paint landscapes, run on the beach in gorgeous white Capri pants," Gutfeld said. "I didn't even know they were in the war", comedian panelist Doug Benson added, then continued, "I thought that's where you go if you don't want to fight. Go chill in Canada." Gutfeld also said: "Isn't this the perfect time to invade this ridiculous country? They have no army!"

The segment drew wide attention and outrage in Canada after being posted on YouTube following the reported deaths of four Canadian soldiers in Afghanistan three days earlier. Canada, at the time, had been in command of the NATO mission in the Kandahar Province, the birthplace and former capital of the Taliban, for the preceding three years. Along with the Helmand Province, the two provinces were "home to some of the fiercest opposition to coalition forces" and reported to "have the highest casualty rates per province."

Canadian Defence Minister Peter MacKay called on Fox to apologize for the satirical comments, describing the remarks as "despicable, hurtful and ignorant." Gutfeld in response maintained the show is satirical and irreverent but offered the following apology: "The March 17 episode of Red Eye included a segment discussing Canada's plan for a 'synchronized break,' which was in no way an attempt to make light of troop efforts. However, I realize that my words may have been misunderstood. It was not my intent to disrespect the brave men, women and families of the Canadian military, and for that I apologize."

On August 9, 2010, Gutfeld stated that he planned on constructing New York City's first Islamic-friendly gay bar next to the Park51 Islamic community center.

As of 2018, Gutfeld resides in New York City with his wife, Elena Moussa, whom he met in London, where he lived for three years. Gutfeld was raised Roman Catholic and once was an altar boy. He describes himself as an "agnostic atheist". 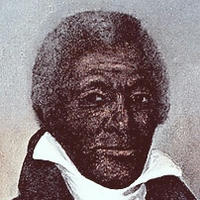 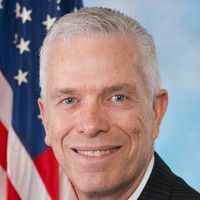 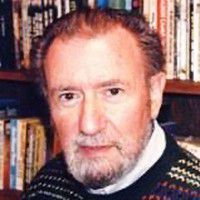