Grant Wiley is a former American college and professional football player. He played college football for West Virginia University, and earned All-American honors at linebacker. He played professionally for the Minnesota Vikings of the National Football League (NFL), but never appeared in a regular season NFL game. He became a creator in art and entertainment after suffering a career-ending shoulder injury.

Wiley attended West Virginia University, and played for the West Virginia Mountaineers football team from 2000 to 2003. As a freshman in 2000, he earned Big East Rookie of the Year honors after recording 94 tackles and 14 tackles for losses, he recorded three interceptions, one reception for 26 yards against East Carolina and two against Idaho which he returned one for a touchdown. He was voted Second-team Freshman All-American and finished the season 12th in the conference in tackles and seventh in tackles-for-losses. His best performance of the season came against Idaho, when he recorded seven tackles, 2.5 sacks, and two interceptions. His first interceptions came in the third quarter, down 9-0, when he intercepted a pass and returned it for a touchdown. The interception helped the Mountaineers record a come-from-behind victory.

In 2001, Wiley's sophomore season was a relatively quiet season for him due to a nagging hamstring pull in the Mountaineers opener versus Boston College. One of his best performances came in a 35-0 loss to Virginia Tech, where he had a key interception. He was awarded the Ideal Mountaineer Man Award by the West Virginia coaches at the end of the season.

As a junior in 2002, Wiley earned national recognition. One of his best games was against Temple, where the Mountaineers won 46-20. He recorded an interception in the game that he returned deep into Temple territory, and a forced fumble by quarterback Mike Frost. Wiley recorded 133 tackles and two interceptions for the season.

Wiley's senior season, 2003, started as an average season for the Mountaineers. After starting the season 1-4, the Mountaineers won 7 straight games in the Big East to claim a share of the conference championship. West Virginia played Rutgers in a must-win situation, Wiley helped the Mountaineers win 34-19, by recording 11 tackles and a diving interception. Also, in the 52-31 victory over Pitt, he recorded a key interception in the endzone. Wiley also recorded 18 tackles in the game against the Miami Hurricanes. A team captain, Wiley earned consensus All-American honors for the season, making him one of only a handful of Mountaineers to do so. He was also a finalist for the 2003 Bronko Nagurski Award, which was won by Oklahoma's Derrick Strait. Wiley led the nation that season with 7 forced fumbles and ranked third with 7.6 tackles per game. He finished the year with 158 tackles, 14 tackles for a loss, two interceptions, and nine forced fumbles.

Wiley was rated as the 13th best out of 51 Inside Linebackers and was projected to be selected in the sixth or seventh round. However, he went undrafted in the 2004 NFL Draft and later signed a free agent contract with the Minnesota Vikings, on April 27. On August 6, he was placed on the waived-injured list by the Vikings. He was later placed on injured reserve.

In 2005, Wiley returned to Vikings training camp once again. This training camp was to be his last, as he seriously injured his shoulder in early August. After injuring his shoulder he was listed as day-to-day. However, turned out the injury was worse than expected. Thus, on August 9, he was waived, after agreeing on an injury settlement. That injury, being his second to require surgery, turned out to be career ending.

After losing 60 pounds, Wiley is currently living in New York City. Grant is co-founder and Chief of Culture for tech start-up, VEEPIO. He is working as a creator in the world of art and entertainment. Wiley trained in theater with master teacher, William Esper. He is currently working on writing and producing film and television projects. He is also surfacing as an acclaimed singer/songwriter/vocalist for the group, G.n'8, as well as a visual artist. His film credits as a background actor includes, Sex and the City: The Movie, Limitless, The Adjustment Bureau, The WIre, Lipstick Jungle, 40, Kings, Damages, and All My Children. 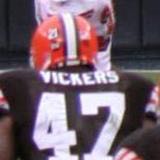 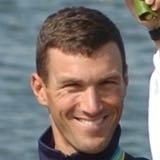