Bower was born in Ireland. After service in the Royal Navy, he was made Imperial secretary to the High Commissioner for Southern Africa, Sir Hercules Robinson. In September 1898 he was appointed Colonial Secretary of the Colony of Mauritius.

The contents of this page are sourced from Wikipedia article on 23 May 2020. The contents are available under the CC BY-SA 4.0 license.
View Graham John Bower 's image gallery
Image Gallery 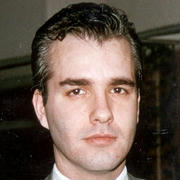