Grace's first tournament was the Eddie Herr International Junior Tennis Championships, an under-14 tournament at the Bollettieri Sports Academy. Aged 12 and seeded tenth, Grace received a bye into the second round, where she was defeated by Nataliya Pintusova 6–3, 6–4.

Her next tournament was the Prince Cup in Miami, Florida. In the first round she defeated tenth seed Melina Ferrero 2–6, 6–0, 10–8, for her first victory of the year. She then fell to qualifier Laurie Gingras 6–3, 6–3 in the second round.

Her final tournament of the year was the Junior Orange Bowl in Coral Gables, Florida. In the first round, she crushed German Sarah Ott 6–1, 6–0, and backed it up by another straight-sets victory over qualifier Yuki Kristina Chiang 6–1, 6–2. Next, she demolished Donna Vekić 6–0, 6–1, but was defeated by Chanelle van Nguyen 6–3, 6–1 in the fourth round.

The first tournament of the year was an under 14 tournament in Bolton, England, but Grace lost in the second round to ninth seed Nastja Kolar 6–2, 6–3. She then headed to Tarbes, France, where she was awarded a wildcard for the qualifying draw of the Petits As. She qualified for the tournament, defeating Eugenie Prince, Manon Peral and Marine Even all in straight sets to qualify. She reached the semifinals of the tournament before her unexpected run was cut short by top-seeded Anna Orlik 6–3, 7–5. Her success in the tournament greatly improved her ranking.

Grace then played the USTA National Open and the Easter Bowl, losing in the first round of the former and the quarterfinals of the latter. She then headed to Waco, Texas for the ITF Spring Circuit, where she lost in the third round to tenth-seed Chieh-Yu Hsu 1–6, 3–6.

She won the USTA National Open in Marietta, Georgia, defeating compatriot Carolyn Chupa, Amelia Martinez and top seed Courtney Griffith to reach the quarterfinals, where she overcame Alina Jerjomina 4–6, 6–3, 7–6. In the semis, she played another tough match against Rachel Kahan, eventually prevailing 6–2, 2–6, 6–3. In the final, she defeated Elizabeth Begley 6–0, 6–1. She then won the Peach State Classic in Norcross, Georgia without dropping a set.

Grace started the year at the AEGO International where she defeated Morven Mcculoch, Patricia Martins, Leolia Jeanjean and second seed Irina Khromacheva to reach the final, where she was defeated by Polina Leykina 6–2, 6–2. Her next tournament was the Les Petits As, where she lost in the third round to Jessica Ren 2–6, 7–6, 7–6, and was unable to defend her points from the previous year. She then fell in the first round of the USTA National Open to eventual champion Danielle Rose Collins in straight sets. She also suffered two more first round exit at the USTA International Spring Championships and the Easter Bowl ITF.

Grace then qualified for her first ITF senior main draw at a 10k event in Sumter, South Carolina. In the first round of the main draw, she crushed fellow qualifier Eugenie Bouchard 6–0, 6–3 but lost to fifth seed Anna Wishink 6–7, 5–7, in the second round.

Grace played two more 10k events in the U.S., losing during the qualifications of both. She then won her first title of the year at the under 18 USTA National Open in her hometown, dropping only one set in the tournament. Grace then lost in the quarterfinals of the under 18 National Clay Court Championships and the second round of the US International Hardcort Championships.

Grace was then awarded a wildcard for the junior US Open, her first Grand Slam. However, she was defeated in the first round of qualifications to Heather Watson 7–5, 6–0. Following this loss, Grace headed to Lexington, Kentucky for the under-18 Kentucky International Junior Tennis Derby, where she qualified for the main draw, but was eliminated in the first round by Michaela Boev 6–2, 6–0. She then fell in the third round of the USTA ITF Junior Circuit – Georgia in Atlanta to Elizabeth Begley 7–5, 6–3.

Grace then received a wildcard for the maindraw of a 50k professional event in Lawrenceville, Georgia. In the first round, she overcame countrywoman Julia Cohen in straight sets, 4–6, 6–4, 6–2. However, she was crushed by sixth seed Angela Haynes 6–0, 6–1 in the second round. With these professional tournaments, she established her first WTA ranking. She lost in the second round of an under 18 tournament in South Carolina, before reaching a final in Florida. She then fell in the first round of the Eddie Herr International Junior Tennis Championships as a wildcard to sixth seed Yana Buchina of Russia 2–6, 6–1, 6–3. Grace's final tournament of the year was the Dunlop Orange Bowl, where she managed to defend her points by reaching the quarterfinals.

In 2012, she won her first ITF Challenger Circuit title at $25k Innisbrook, Florida in January, as a qualifier, she won seven matches in a row, defeating Catalina Castaño, Lauren Davis and Gail Brodsky.

Grace reached another final at $25k Clearwater, Florida in March, where she defeated World No.65 Anastasiya Yakimova in the quarterfinals but lost the final to Garbine Muguruza Blanco.

She won her second ITF Challenger Circuit title at $50k Indian Harbour Beach, Florida defeating top-seed and world No. 97 Irina Falconi in the first round, Krista Hardebeck 2–6, 7–5, 6–1 in the semifinals, and defeated Maria Sanchez 6–4, 7–6.

At the French Open, Grace was 20th seed in the qualifying draw women's singles and won three qualifying matches to enter the main competition. In the first round, Grace lost to Garbiñe Muguruza of Spain in straight sets, 5–7, 6–7.

In January 2015, Min entered the Auckland Open and Hobart International tournaments but lost in the qualifying first round in both. Then also in January at the 2015 Australian Open she was unseeded playing in the women's singles main draw for the first time and lost to fourteenth-seed Sara Errani of Italy in straight sets, 6–1, 6–0.

This table is current through 2020 Australian Open.

The contents of this page are sourced from Wikipedia article on 08 Mar 2020. The contents are available under the CC BY-SA 4.0 license.
comments so far.
Comments
From our partners
Sponsored
Reference sources
References
http://www.11alive.com/news/article/205158/5/LAWRENCEVILLE-Min-win-US-Open-girls-title
https://archive.is/20120716165342/http://www.11alive.com/news/article/205158/5/LAWRENCEVILLE-Min-win-US-Open-girls-title
https://www.wtatennis.com/players/316157/grace-min
https://www.itftennis.com/procircuit/players/player/profile.aspx?playerid=100118193
Trending today in 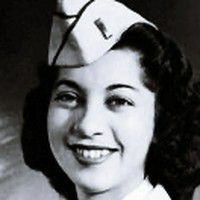 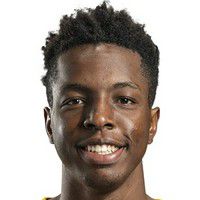 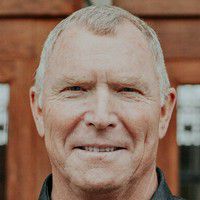