Grace Lenczyk Cronin (12 September 1927 — 13 December 2013) was an American amateur golfer who won the 1947 All American Open. During her career, Lenczyk was the winner of the Canadian Women's Amateur from 1947 to 1948 and the United States Women's Amateur Golf Championship in 1948. In team events, she was a member of the winning American team at the 1948 and 1950 Curtis Cup. Lenczyk was inducted into the Connecticut Golf Hall of Fame in 1969.

As an amateur golfer, Lenczyk competed at the U.S. Women's Amateur consecutively between 1946 and 1949 and was the 1948 championship winner. Outside of the United States, Lenczyk won the 1947 and 1948 Canadian Women's Amateur and appeared at the 1948 and 1949 British Ladies Amateur Golf Championship. Apart from her amateur competitions, Lenczyk had her first professional win at the 1947 All American Open. In major championships, she had a top eight finish at the 1948 Titleholders Championship and 1948 U.S. Women's Open Golf Championship. In team events, she was a member of the American team that won the 1948 and 1950 Curtis Cup.

The contents of this page are sourced from Wikipedia article on 29 Feb 2020. The contents are available under the CC BY-SA 4.0 license.
comments so far.
Comments
From our partners
Sponsored
Reference sources
References
https://archive.org/details/whoswhoingolf00elli/page/116
http://gsrpdf.lib.msu.edu/ticpdf.py?file=/1960s/1961/610804.pdf
http://golfcanada.ca/competitions/canadian-womens-amateur-championship/
https://news.google.com/newspapers?id=Jn1aAAAAIBAJ&sjid=DU8DAAAAIBAJ&pg=3716,2633238&dq=titleholders&hl=en
https://news.google.com/newspapers?id=-YVeAAAAIBAJ&sjid=OmINAAAAIBAJ&pg=3441,5662424
http://www.usga.org/content/usga/home-page/media/online-media-center/usga-records/curtis-cup-results--1932-to-present.html
https://www.csgalinks.org/hall-of-fame/inductees
https://gohatters.com/hof.aspx?hof=36
Trending today in 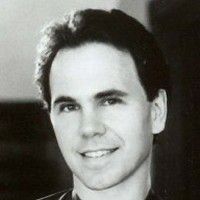