Gordon Richard England (born September 15, 1937) is an American businessman who served as the U.S. Deputy Secretary of Defense and twice as U.S. Secretary of the Navy in the administration of U.S. President George W. Bush.

Gordon England was born on September 15, 1937 in Baltimore, Maryland, and attended Mount Saint Joseph High School (Class of 1955). He went on to receive a bachelor's degree in electrical engineering from the University of Maryland, College Park in 1961 and an MBA from the Texas Christian University in 1975. He was a member of several fraternities including Beta Gamma Sigma (business), Omicron Delta Kappa (leadership) and Eta Kappa Nu (electrical engineering).

England at the Pentagon during the September 11 attacks in 2001.

England at the Pentagon during the September 11 attacks in 2001.

England gives testimony to members of the Senate Appropriations Committee concerning the Fiscal Year 2005 National Defense Authorization Budget Request for the Department of the Navy. England started his business career in 1966 at Honeywell where he was an engineer on the Project Gemini space program. He worked for Litton Industries as a program manager on the E-2C Hawkeye aircraft for the United States Navy. He was also CEO of GRE Consultants.

England transferred from the business world to government during the administration of U.S. President George W. Bush serving in a number of key roles, having previously served as a member of the Defense Science Board.

72nd Secretary of the Navy

England was a controversial choice for Secretary of the Navy due to his lack of any military service experience and his long career in the defense industry including his most recent appointment as Executive Vice President of General Dynamics Corporation. Critics such as William D. Hartung, Head of the Arms Trade Resource Center, felt that it was inappropriate to appoint businessmen whose companies would be the prime benefactor of any increase in defense spending. U.S. Secretary of Defense Donald Rumsfeld however had decided to make corporate experience one of the key requirements in his appointees as was reported in the Washington Times. This policy led to England's appointment alongside other leading industrialists including James Roche and Thomas E. White. England was sworn in on May 24, 2001. He is reported in the Washington Post as having announced that one of his key aims in the role was the development of "futuristic weapons to counter new types of threats emerging in the post-Soviet world."

The Washington Post reports that during his time in this role "England has joined with Adm. Vernon Clark, chief of naval operations, in directing some of the most sweeping change the service has seen in decades." The report goes on to list the following;

By an instruction dated 31 May 2002, England directed all United States Navy ships to fly the first navy jack in honor of those killed in the September 11, 2001 attacks. The jack is to be flown for the duration of the War on Terrorism.

England left the post in January 2003 for a new position within the administration.

Gordon R. England is sworn-in by David O. Cooke as Secretary of the Navy.

On January 24, 2003 England took up his new role as Deputy Secretary for Homeland Security in the newly formed United States Department of Homeland Security. Although England's stint in this post was brief, a close associate quoted in the Washington Post states that it "broadened his exposure to the White House and his 'contact base' in Washington."

73rd Secretary of the Navy

England was recalled to once again take on the role of Secretary of the Navy after just a few months following the suicide of his nominated replacement Colin R. McMillan. England was sworn in on October 1, 2003 becoming only the second person to hold the post twice and the first to serve back-to-back terms. According to a close associate quoted in the Washington Post, England's time in the United States Department of Homeland Security had "expanded [his] view of the administration's war on terrorism", which led to a number of initiatives that he pursued in his second term at the Pentagon including stronger ties between the Navy and Coast Guard and a greater assistance to Marines on the front lines in Iraq

In June 2004 a Supreme Court ruling granted prisoners at Guantanamo Bay, Cuba the right to plead their cases in U.S. courts. As the BBC pointed out the 600 detainees had been in legal limbo since their capture during the 2001 invasion of Afghanistan, during which time only three detainees had been charged and several dozen had been sent back home following diplomatic pressure from other nations. England was appointed to head the review that was conducted in secret by a panel consisting of three military officers to whom prisoners were given the chance to provide facts to support their case for release. England made clear that "The question is: Are they still threats to America? It's not guilt or innocence." As a result of this review 38 prisoners were released due to a lack of evidence that England referred to as ‘thin files’.

England was succeeded as Secretary of the Navy by Donald C. Winter.

England was nominated as Deputy Secretary of Defense on May 13, 2005 and immediately took up the role in an acting capacity while awaiting his confirmation. His replacement of Paul Wolfowitz has been looked upon favorably in the media with the Washington Post commenting, "England has a reputation for being less ideological than Wolfowitz and more attuned to the administrative demands of the Pentagon's second-ranking civilian job'" but critics still maintain that his prime loyalty remains to the defense industry. England was recess appointed to the full Deputy Secretary position on January 4, 2006 by President Bush. He resigned with the incoming Obama administration.

On January 22, 2009, Secretary of Defense Robert Gates told reporters he would hand off his duties to Gordon R. England during his January 23 surgery. On January 23, 2009, while Gates underwent two hours of surgery to repair a torn tendon in his left biceps, Gordon England was in charge of the Pentagon. England continued this service while Gates recovered from the surgery. During this time, England was the acting Defense Secretary.

Other activities and awards

England has been actively involved in a variety of civic, charitable and government organizations, including serving as a city councilman; Vice Chair, Board of Goodwill Industries; the USO's Board of Governors; the Defense Science Board; the Board of Visitors at Texas Christian University; and many others.

He is a member of the Naval Order of the United States. 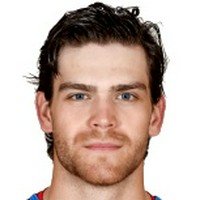