Glenn Ligon is an American conceptual artist whose work explores race, language, desire, sexuality, and identity. Ligon engages in intertextuality with other works from the visual arts, literature, and history, as well as his own life. He is noted as one of the originators of the term Post-Blackness.

He was born in 1960 in the Bronx. At the age of 7, his divorced, working-class parents got a scholarship for him and his brother to attend Walden School, a high-profile progressive private school on Manhattan's Upper West Side. Ligon graduated from Wesleyan University with a B.A. in 1982. After graduating, he worked as a proofreader for a law firm, while in his spare time he painted in the abstract Expressionist style of Willem de Kooning and Jackson Pollock. In 1985, he participated in the Whitney Museum of American Art's Independent Study Program. He currently lives and works in New York City.

Ligon works in multiple media, including painting, neon, video, photography, and digital media such as Adobe Flash for his work Annotations. Ligon's work is greatly informed by his experiences as an African American and as a gay man living in the United States.

Although Ligon's work spans sculptures, prints, drawings, mixed media and even neon signs, painting remains a core activity. His paintings incorporate literary fragments, jokes, and evocative quotes from a selection of authors, which he stencils directly onto the canvas by hand. In 1989, he mounted his first solo show, "How It Feels to Be Colored Me," in Brooklyn. This show established Ligon's reputation for creating large, text-based paintings in which a phrase chosen from literature or other sources is repeated over and over, eventually dissipating into murk. Untitled (I Am a Man) (1988), a reinterpretation of the signs carried during the Memphis Sanitation Strike in 1968 — made famous by Ernest Withers’s photographs of the march —, is the first example of his use of text.

Ligon gained prominence in the early 1990s along with a generation of artists like Lorna Simpson, Gary Simmons, and Janine Antoni. In 1993, Ligon began the first of three series of gold-colored paintings based on Richard Pryor's groundbreaking stand-up comedy routines from the 1970s. The scatological and racially charged jokes Ligon depicts speak in the vernacular language of the street and reveal a complex and nuanced vision of black culture.

In A Feast of Scraps (1994–98), he inserted pornographic and stereotypical photographs of black men, complete with invented captions ("mother knew," "I fell out" "It's a process") into albums of family snapshots including graduation photographs, vacation snapshots, pictures of baby showers, birthday celebrations, and baptisms, some of which include the artist's own family. Like almost all of Ligon's art, this project draws out the secret histories and submerged meanings of inherited texts and images.

Another series of large paintings was based on children's interpretations of 1970s black-history coloring books.

In 1994, the art installation To Disembark was shown at the Hirshhorn Museum and Sculpture Garden in Washington, D.C. The title alludes to the title of a book of poetry by Gwendolyn Brooks. "To Disembark" functions in both works to evoke the recognition that African Americans are still coping with the remnants of slavery and its ongoing manifestation in racism. In one part of the installation, Ligon created a series of packing crates modeled on the one described by ex-slave Henry "Box" Brown in his "Narrative of Henry Box Brown who escaped from Slavery Enclosed in a Box 3 Feet Long and 2 Wide." Each crate played a different sound, such as a heartbeat, a spiritual, or contemporary rap music. Around each box, the artist placed posters in which he characterized himself, in words and period images, as a runaway slave in the style of 19th century broadsheets circulated to advertise for the return of fugitive slaves. In another part of the exhibition, Ligon stenciled four quotes from a Zora Neale Hurston essay, "how it feels to be colored me," directly on the walls: "I feel most colored when I am thrown against a sharp white background," "I remember the very day that I became colored," "I am not tragically colored," and "I do not always feel colored." Ligon found Hurston's writing illuminating because she explores the idea of race as a concept that is structured by context rather than essence.

Since 2005, Ligon has made neon works. Warm Broad Glow (2005), Ligon’s first exploration in neon, uses a fragment of text from Three Lives, the 1909 novel by American author Gertrude Stein. Ligon rendered the words “negro sunshine” in warm white neon, the letters of which were then painted black on the front. In 2008, the piece was selected to participate in the Renaissance Society's group exhibit, "Black Is, Black Ain't"., and appeared on the Whitney Museum’s facade in 2011. Other neon works are derived from neon sculptures by Bruce Nauman; One Live and Die (2006) stems from Nauman’s 100 Live and Die (1984), for example.

In 2009, Ligon completed short film based on Thomas Edison's 1903 silent film Uncle Tom's Cabin. Playing the character of Tom, Ligon had himself filmed re-creating the last scene of Edison's movie, which also provided his film's title: "The Death of Tom." But the film was incorrectly loaded in the hand-crank camera that the artist used so no imagery appeared on film. Embracing this apparent failure, Ligon decided to show his film as an abstract progression of lights and darks with a narrative suggested by the score composed and played by jazz musician Jason Moran.

Ligon's work has been the subject of exhibitions throughout the United States and Europe. Recent solo exhibition include the Studio Museum in Harlem, New York (2001); the Kunstverein München, Germany (2001), the Walker Art Center, Minneapolis (2000); the St. Louis Art Museum (2000); the Institute of Contemporary Art, Philadelphia (1998); and the San Francisco Museum of Modern Art (1996). A first survey of Ligon's work opened at The Power Plant in Toronto in June 2005 and traveled to the Andy Warhol Museum in Pittsburgh; Contemporary Arts Museum in Houston; Wexner Center for the Arts in Columbus; Morris and Helen Belkin Art Gallery in Vancouver, and the Mudam in Luxembourg. The first comprehensive mid-career retrospective devoted to Ligon's work was held at the Whitney Museum of American Art, the Los Angeles County Museum of Art, and the Modern Art Museum of Fort Worth in 2011. Group shows in which Ligon has participated include the Whitney Biennial (1991 and 1993), Biennale of Sydney (1996), Venice Biennale (1997), Kwangju Biennale (2000), and documenta 11 (2002).

In 2013, Ligon started writing letters to artists whose work had made an impression on him in his life, asking if he could borrow that particular work for an exhibition. While some of the letters were sent to living artists, others are letters that Ligon would have sent those of the past, including Willem de Kooning, Franz Kline, Jean-Michel Basquiat, Andy Warhol and Felix Gonzalez-Torres. The resulting show at Nottingham Contemporary in 2015 featured work by 45 different artists from Warhol to Steve McQueen, as well as Black Panther Party posters, press shots and footage from the Birmingham riot of 1963.

In 2012, Ligon was commissioned to create the first site-specific artwork for the New School's University Center building, designed by Skidmore, Owings & Merrill, on the corner of 14th Street and Fifth Avenue in Greenwich Village. The work will feature about 400 feet of text from Walt Whitman’s Leaves of Grass rendered in pink neon lights, running around the top of a wall in the center’s first-floor café.

In 2005, Ligon won an Alphonse Fletcher Foundation Fellowship for his art work. In 2006 he was awarded the Skowhegan Medal for Painting. In 2010, he won a United States Artists Fellow award.

In 2009, President Barack Obama added Ligon's 1992 Black Like Me No. 2, on loan from the Hirshhorn Museum and Sculpture Garden, to the White House collection, where it was installed in the President's private living quarters. The text in the selected painting is from John Howard Griffin's 1961 memoir Black Like Me, the account of a white man's experiences traveling through the South after he had his skin artificially darkened. The words "All traces of the Griffin I had been were wiped from existence" are repeated in capital letters that progressively overlap until they coalesce as a field of black paint. Art critic Jerry Saltz called this work a "black-and-white beauty."

On the occasion of Ben Stiller and David Zwirner’s "Artists For Haiti" charity auction at Christie's in 2011, Jennifer Aniston set a record prize for Glenn Ligon's work by purchasing his Stranger #44 (2011). At $450,000, Aniston beat Ligon’s previous record of $434,500 for Invisible Man (Two Views) (1991), realized at Sotheby's in September 2010. Untitled #1 (Second Version) (1990), a painting in which the words "I Feel Most Colored When I Am Thrown Against a Sharp White Background" repeat again and again, sold for $2.6 million at Christie' New York in 2014.

Ligon is represented by Regen Projects in Los Angeles; Luhring Augustine in New York; and Thomas Dane Gallery in London.

Ligon lives in Tribeca. According to the Federal Election Commission (FEC), he donated $30,000 to the presidential campaign of Hillary Clinton in September 2016. 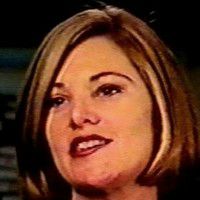