Glen Dean Chilton (born in 1958) is a Canadian-Australian scholar and author of humorous books on adventure travel and natural history.

Chilton is also an ornithologist and behavioural ecologist and an authority on the extinct Labrador duck. His first book The Curse of the Labrador Duck was a finalist in 2010 for the Stephen Leacock Medal for Humor and the William Saroyan International Prize for Writing. His second book, Attack of the Killer Rhodondendrons (a.k.a. The Last Place You'd Look for a Wallaby) achieved the Queensland, Australia best-seller list in 2013.

Born of British descent in Toronto, Ontario, Canada, Chilton moved to Winnipeg, Manitoba with his family in 1967. He received a Bachelor of Science and a Master of Science degree in zoology from the University of Manitoba, and a PhD in ornithology and behavioural ecology from the University of Calgary, Alberta. He was professor of biology and ornithology at St. Mary's University College, Calgary, Alberta until moving to Australia in 2008. He is currently adjunct at James Cook University in Townsville, Queensland, Australia and professor emeritus at St. Mary's University College.

Chilton's areas of interest and scientific research include recent extinction events, particularly of bird species; the conservation of plant and animal species rediscovered after having been thought to be extinct; the impact of plant and animal species introduced into new geographic regions by humans; the cultural evolution and song dialects of songbirds; and the interactions between parasitic insects and their bird hosts.

Chilton turned his classroom teaching into book writing when an effort to catalogue all remaining stuffed specimens of an extinct North American bird evolved into an obsessive journey around the world.

On a quest to see all fifty-four stuffed Labrador duck specimens that remain in existence for his first book The Curse of the Labrador Duck, he travelled 72,018 miles by aircraft, 5,461 miles by train, 3,566 miles by car, 1,169 miles by bus and 43 miles by ferry. That distance is the equivalent of 3.3 times around the Earth. His second book, Attack of the Killer Rhodeodendrons (a.k.a. The Last Place You'd Look for a Wallaby), which examined plants and animal species that were introduced to foreign locations by humans, took him to six continents and fourteen countries

The contents of this page are sourced from Wikipedia article on 01 Jul 2020. The contents are available under the CC BY-SA 4.0 license.
View Glen Chilton 's image gallery
Image Gallery 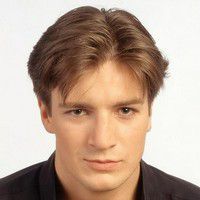 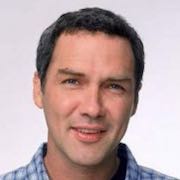 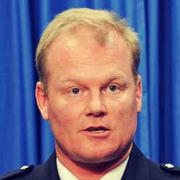 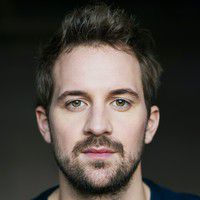