Giuseppe Greco ([dʒuˈzɛppe ˈɡrɛːko]; 4 January 1952 – September 1985) was a hitman and high-ranking member of the Sicilian Mafia. A number of sources refer to him exclusively as Pino Greco, although Giuseppe was his Christian name; "Pino" is a frequent abbreviation of the name Giuseppe.

One of the most prolific killers in criminal history, he came from the Greco Mafia clan, a prominent group from Ciaculli (he was a distant relative of Salvatore "Ciaschiteddu" Greco.) His father was also a Mafioso nicknamed Scarpa (Sicilian for "shoe"), hence Giuseppe's nickname of Scarpuzzedda, or "little shoe".

He was born in 1952 in Ciaculli, an outlying town in the province of Palermo, administrative center of Sicily. At school he reportedly excelled in Latin and Greek. It is not known precisely when he joined the Mafia but by 1979 he sat on the Sicilian Mafia Commission, which was ruled by his uncle, Michele Greco, the boss of Ciaculli.

The Ciaculli cosca were closely allied with the Corleonesi, and specifically with their bosses, Salvatore Riina and Bernardo Provenzano, who would come to dominate the Sicilian Mafia in a violent Mafia war.

During the Second Mafia War from 1981 until 1983, orchestrated by the Corleonesi, Giuseppe Greco carried out dozens of murders, often with his favourite weapon, an AK-47. He was eventually convicted in absentia of 58 murders, most of them committed during the early 1980s, but it is believed he committed at least 80 murders in total and possibly as many as 300.

Amongst those he gunned down are Stefano Bontade, Salvatore Inzerillo, Pio La Torre and Carabinieri General Carlo Alberto Dalla Chiesa. He even murdered Inzerillo's fifteen-year-old son after the youth vowed to avenge his murdered father. Greco is rumoured to have chopped the boy's arm off before shooting him in the head and dissolving his corpse in acid.

In July 1981 he failed in his attempt to ambush and kill future pentito Salvatore Contorno, and Contorno managed to shoot his would-be assassin in the chest, a bulletproof vest saving Greco's life.

Greco worked particularly closely with Filippo Marchese, the boss of the Corso de Mille neighbourhood in Palermo and another close ally of the Corleonesi. Marchese ran the so-called "Room of Death", a squalid Palermo shack in some wasteland where victims were tortured and murdered before being thrown into vats of acid or dismembered then dumped out in the Mediterranean. According to pentito Vincenzo Sinagra, Greco helped Marchese carry out many killings there, he and Marchese garotting victims together, looping a length of rope round the victim's neck and each of them pulling on one end. Sinagra said it was usually his duty to hold the victim's kicking feet.

He strangled to death Rosario Riccobono, a Palermo boss, in November 1982. Riccobono had been an ally of the Corleonesi, but when he had outlived his usefulness, Riina decided to have him eliminated. He invited Riccobono and eight of his men to a barbecue at Michele Greco's estate, at the end of which the nine guests were massacred by Giuseppe Greco and his team of killers. None of the bodies were ever found and were reportedly fed to pigs.

In late 1982, Greco murdered Marchese on the orders of Riina. The Mafia War was dying down and Riina had decided Marchese was no longer of any use.

By then, Greco was believed to be the underboss of the Ciaculli family. Rather than delegate murders to his underlings, however, he continued to personally take part in them himself. On 29 July 1983, he planted and detonated the car bomb that killed magistrate Rocco Chinnici and three other people: the two carabinieri of the escort (marshall Mario Trapassi and corporal Salvatore Bartolotta) and Stefano Li Sacchi, the porter of the building in Via Pipitone where Chinnici lived. The one survivor has been Giovanni Paparcuri, the driver.

By the end of the Second Mafia War he was one of the most prominent of the new generation of Mafiosi who had distinguished themselves in the Second Mafia War, and reportedly acted like he was the boss of Ciaculli, whilst the actual boss, his uncle Michele Greco, was in hiding. He had also built up a following of younger Mafiosi who looked up to him, even more so than they did to the Corleonesi bosses. Riina apparently felt the need to reduce the strength of the Ciaculli Family by eliminating its most prominent killers, starting with Scarpuzzedda.

In order to weaken Greco's position, Riina ordered the massacre of Piazza Scaffa, when eight people were killed in the Ciaculli mandamento. The victims were gunned down with shotguns in a barn. Greco was not informed as part of a deliberate strategy to show his lack of effective power over the territory under his jurisdiction.

One of his last crimes was leading a large hit-squad that ambushed and shot to death police investigator Antonino Cassarà on August 6, 1985. One of Cassarà's bodyguards (Roberto Antiochia) also died and another one, Natale Mondo, was unharmed just to be killed on January 14, 1988. Three years earlier, Cassarà had issued a report leading to the arrest of 163 prominent Mafiosi, including Giuseppe Greco, the members of his death squad, and Michele Greco.

Sometime in September 1985, a month after Cassarà's assassination, Greco was murdered in his home. He was shot to death by his two fellow Mafiosi and supposed friends, Vincenzo Puccio and Giuseppe Lucchese, although the orders came from Riina, who had felt Greco was getting too ambitious and too independently minded for his liking. Puccio was captured the following year for an unrelated murder and was himself murdered in his cell in 1989. Lucchese was captured in 1990 and imprisoned for other unrelated murders. Greco's elimination was the first of several by the Corleonesi in order to weaken the Ciaculli clan. Two years later one of Greco's accomplices and fellow Ciaculli killer Mario Prestifilippo was shot dead, reportedly also on Riina's orders.

Giuseppe Greco was given an in absentia life sentence at the Maxi Trial of 1986-1987 after being found guilty of fifty-eight counts of murder, even though he was dead by then. As a strategy to delay and weaken the reactions of Greco's followers, Riina ordered the body to be dissolved in acid whilst in the meantime he told other Mafiosi that Greco was in hiding in the United States. Rumours of Greco's death surfaced in 1988 and these were only confirmed to the authorities by an informant, Francesco Marino Mannoia, the following year.

Francesco's brother, Agostino Marino Mannoia, was present at Greco's murder although only as a witness; he told his brother Francesco that he did not know the killing was due to take place. Agostino said that he was downstairs in Greco's house with another Mafioso whilst their host was upstairs talking with Puccio and Lucchese. After hearing shots, Agostino ran upstairs to see Greco lying dead and Puccio and Lucchese standing over him, the latter holding a smoking gun and subsequently explaining that he and Puccio had taken care of a problem on behalf of Riina. Agostino explained all this to his brother Francesco, and it was Agostino's murder in early 1989 that prompted Francesco to become an informant.

Another informant who had been one of Greco's friends, Salvatore Cancemi, subsequently told investigators that shortly after Greco's death Riina had approached him and explained to Cancemi: "You know we've found the medicine for madmen?...We've killed "Little Shoe"; he'd become crazy."

The contents of this page are sourced from Wikipedia article on 08 Sep 2019. The contents are available under the CC BY-SA 4.0 license.
View Giuseppe Greco 's image gallery
Image Gallery 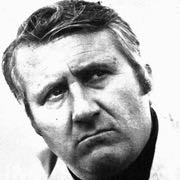