Giuseppe Fiorelli (7 June 1823 – 28 January 1896) was an Italian archaeologist. His excavations at Pompeii helped preserve the city.

Fiorelli was born on 7 June 1823 in Naples. His initial work at Pompeii was completed in 1848. He was then imprisoned for some time because his radical approach to archaeology and strong nationalist feelings landed him in trouble with the king of Naples, Ferdinand II. During his time as a political prisoner, he produced a three volume work entitled History of Pompeian Antiques (1860–64). He subsequently became professor of archaeology at Naples University and director of excavations (1860–75), serving concurrently as director of the Naples National Archaeological Museum from 1863.

As director of the Pompeii excavation Fiorelli introduced an entirely new system for the project. Instead of uncovering the streets first, in order to excavate the houses from the ground floor up, he imposed a system of uncovering the houses from the top down — a better way of preserving everything that was discovered. In this way the data collected during the excavations could be used to help with the restoration of the ancient buildings and of their interiors — although the most important wall paintings and mosaics still continued to be stripped and transported to Naples. Fiorelli also took the topography of the town and divided it into a system of 'regiones', 'insulae' and 'domus,' a form of reference still in use today.

Fiorelli is best known for his plaster casts (calchi), produced by a process named after him: the Fiorelli process. He realized that where a corpse or other organic material had been buried in ash, it had rotted over time, leaving a cavity. Whenever an excavator discovered such a cavity, plaster of Paris was poured in and left to harden. The ash around the plaster was then carefully removed, so that a plaster replica of a person or animal at the moment of their death remained. This process gave information about how people had died in the eruption, what they were doing in their final moments and what sort of clothing they wore.

Fiorelli was notable for his welcoming attitude to foreign scholars. He founded a training school where foreigners as well as Italians could learn archaeological technique, and made a particular study of the materials and building methods used in Pompeii. During his tenure many notable scholars came to study the remains of Pompeii. These included August Mau, in 1882, who created a system for categorizing the Pompeian pictures into a range of decorative styles. Mau's work still provides the standard framework for the study of these ancient Roman paintings.

In 1875 Fiorelli became director general of Italian Antiquities and Fine Arts, serving in this position until his death two decades later. His work at Pompeii was continued by Michele Ruggiero, Giulio De Petra, Ettore Pais and Antonio Sogliano, who began to restore the roofs of the houses with wood and tiles in order to protect the remaining wall paintings and mosaics inside.

Fiorelli died of undetermined causes on 28 January 1896 in Naples.

The contents of this page are sourced from Wikipedia article on 07 Mar 2020. The contents are available under the CC BY-SA 4.0 license.
View Giuseppe Fiorelli 's image gallery
Image Gallery 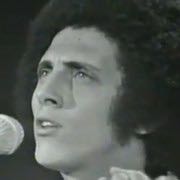