Giuditta Angiola Maria Costanza Pasta (née Negri; 26 October 1797 – 1 April 1865), was an Italian soprano considered among the greatest of opera singers, to whom the 20th-century soprano Maria Callas was compared.
In fact, Susan Rutherford, in her examination of the art of Pasta, makes a specific comparison with Callas:

For the impact of corporeality on vocal timbre and delivery, and in the absence of Pasta's own explanations of its effect, we might turn to another distinctive attrice cantante (and one who sang much of Pasta's repertory) from a quite different period, Maria Callas. She also argued that gesture and facial expression must precede word in order to create the appropriate vehicle (in terms of the shaping of resonators) for the histrionically specific formation and colouring of sound — something made apparent in her own filmed performances.

Rutherford, continues by pointing out Pasta's singularity on the opera stage:

In the 1820s... the artwork was the performance. And the performance was essentially of a singer's individual characteristics and talents: the way his or her particular qualities — both vocal and histrionic — were given accent and shape within the compositional frame. This notion is most aptly illustrated by the Italian attrice cantante Giuditta Pasta. Her career began in 1815 and spanned a little more than twenty-five years: during its middle period, from 1822 to 1836, she was the acknowledged diva del mondo. But it isn't merely fame that makes Pasta interesting:... Pasta's singularity is measured rather by the tone and extent of the debates her celebrity provoked, by her influence on the operatic stage, and by the timing of her career at the transition from Rossinian opera to the works of Bellini and Donizetti (with all the stylistic ramifications this implied). No other singer during that period attracted as much intellectual discussion, or was regarded as of such significance in the articulation of theories around operatic practices. For such reasons alone, Pasta is deserving of critical attention.

Pasta studied in Milan with Giuseppe Scappa and Davide Banderali and later with Girolamo Crescentini and Ferdinando Paer among others. In 1816 she made her professional opera début in the world première of Scappa's Le tre Eleonore at the Teatro degli Accademici Filodrammatici in Milan. Later that year she performed at the Théâtre Italien in Paris as Donna Elvira in Don Giovanni, Giulietta in Niccolò Antonio Zingarelli’s Giulietta e Romeo, and in two operas by Paer.

Pasta's first appearance in London in 1817 was a failure. Further studies with Scappa were followed by a successful debut in Venice in 1819. She caused a sensation in Paris in 1821–22, where the immense range of her voice and her dramatic gifts were matched by poignancy of expression. Giuditta Pasta as Amina, May 1831 premiere

She sang regularly in London, Paris, Milan and Naples between 1824 and 1837. In Milan she created three roles which were written for her voice. They were Donizetti's Anna Bolena given at the Teatro Carcano in 1830 (and which was that composer's greatest success to date) and both Amina in Bellini's La sonnambula and Norma in 1831, which became three of her major successes. "Stendhal had argued persuasively in 1824 for the necessity of a score composed expressly for Pasta" writes Rutherford who states that "only in such a work could the singer achieve the fullest articulation of her talents and become, as it were, music itself." She continues by quoting him:

In music, the voice must be allowed to be natural, that is to say, it should be allowed to sing melodies which have been especially written for it, in whose company it can feel at home, and of whose enchantment the singer herself, deep within her being, may be spontaneously aware at the very instant when she sings.

Assessment of her vocal qualities

In 1829 named cantante delle passioni by Carlo Ritorni, one of the most erudite critics of the period, he described her as such because her voice was directed "towards expressing the most intense passions, accompanying it with expressions of physical action, unknown before her in the lyric theatre".

Pasta also taught singing in Italy. Among her notable pupils were contralto Emma Albertazzi and soprano Marianna Barbieri-Nini and the English soprano Adelaide Kemble who records this in her memoirs. She also records how when after her career was really over Pasta unwisely came to London for a charity concert. Kemble asked fellow-singer Pauline Viardot what she thought of her voice now and got the reply ‘It is a ruin, but then so is Leonardo’s Last Supper’. Another pupil was Carolina Ferni, herself a noted Norma, who in her turn taught the soprano Eugenia Burzio whose recordings are known for their passionate expression.

After 1841 Pasta lived in retirement at her Lake Como villa and in Milan, devoting herself to advanced vocal instruction, which she was eminently qualified to impart.

Pasta in 1821 by Gioacchino Giuseppe Serangeli

Giuditta Pasta's voice was described by a New Monthly Magazine reviewer in 1824 as follows:

It is a mezzo-soprano, somewhat similar to that of Madame Vestris, but clearer, more powerful, and of greater compass. She commands two octaves, but two or three of the highest notes of this range are forced, and not agreeable. Her middle tones are fine and full-bodied; but, occasionally, notes escape in the lowest half octave, which are husky and harsh. In point of cultivation and science, she possesses, first of all, the rare merit of a pure intonation. We have not heard her once out of tune.

Her voice type was what could be called a soprano sfogato. It has been described by Henry Pleasants (quoting Stendhal) as having a considerable range:

She can achieve perfect resonance on a note as low as bottom A, and can rise as high as C#, or even to a slightly sharpened D; and she possesses the rare ability to be able to sing contralto as easily as she can sing soprano. I would suggest ... that the true designation of her voice is mezzo-soprano, and any composer who writes for her should use the mezzo-soprano range for the thematic material of his music, while still exploiting, as it were incidentally and from time to time, notes which lie within the more peripheral areas of this remarkably rich voice. Many notes of this last category are not only extremely fine in themselves, but have the ability to produce a kind of resonant and magnetic vibration, which, through some still unexplained combination of physical phenomena, exercises an instantaneous and hypnotic effect upon the soul of the spectator.

This leads to the consideration of one of the most uncommon features of Madame Pasta's voice: it is not all moulded from the same metallo, as it is said in Italy (which is to say that it possesses more than one timbre); and this fundamental variety of tone produced by a single voice affords one of the richest veins of musical expression which the artistry of a great cantatrice is able to exploit. 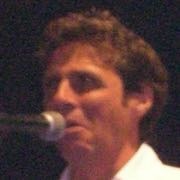 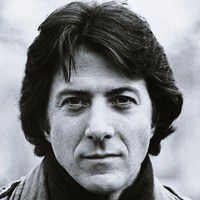