Giselle Itié Ramos is a Mexican-Brazilian actress. Itié is best known for her roles as Anabela Palhares in the Brazilian telenovela Bela, a Feia and as Sandra in the Action movie The Expendables.

In 2001, she started her career as an actress in a Brazilian telenovela. In 2009, she debuted as protagonist in the telenovela Bela, a Feia, the Brazilian version for the Colombian Yo soy Betty, la fea. Giselle Itié also took part in the film The Expendables, co-written, directed by and starring Sylvester Stallone.

Giselle was born in Mexico City on 3 October 1982. Her father and mother lost everything in the terrible earthquake that destroyed Mexico City, in 1985. She was born to a Mexican father and a Brazilian mother from São Paulo. Due to the earthquake in 1985, she moved with her family to her mother's native Brazil.

Giselle lied to her family to pursue her artistic career: telling her father that she needed money to pay for a gym membership, she instead spent the money on a theater course at Televisa, the leading television station in Mexico. For eight months the actress stayed at the home of relatives in Mexico, convinced that she wanted to continue pursuing an acting career.

Her long standing desire to work as an actress finally came true at age 18. Disheartened by her modeling career, she signed up for an audition Os Maias after much insistence by an employee of Elite Model Management. Two months later, after auditioning with Rede Globo of the monologue Engraçadinha: Seus Amores e Seus Pecados, his loves and sins, Nelson Rodrigues, the station received a statement confirming the interpreter as Lola in the miniseries. The character in question was a courtesan, forcing Itie to dispense with her shyness during some spicy scenes. Still, Giselle was frustrated after Os Maias. Although she expected the series to be renewed in global production, it wasn't.

The same year 2001, she accepted an audition for Pícara Sonhadora, adapted from the original Mexican production and revivals of soap operas in the core SBT. Gisele won the role of villain Bárbara, lover of the protagonist played by Petrônio Gontijo.

She was then called by the director Luiz Fernando Carvalho who offered her the character Eulália of Esperança, 2002.

In 2007, she appeared in the show in Portugal O Mistério da Estrada de Sintra. That same year she acted in the telenovela O Profeta, is of the third edition of the framework of Domingão do Faustão called "Dança no Gelo". It was going well, getting featured in the program, but a head injury forced her to leave the picture. The actress subsequently made a full recovery from the injury.

In 2008, she participated in several episodes of the series Casos e Acasos and Faça Sua História.

In 2009, she worked in the movie, Inversão of Edu Felistoque. That same year, the actress was the protagonist of the telenovela Bela, a Feia aired by Rede Record.

The following year debuted the film The Expendables, in which she played Sandra, opposite Sylvester Stallone.

In 2012, she was one of the protagonists of the telenovela Máscaras of Rede Record. It was the same year in two foreign films, On the Road of Walter Salles Jr., and was the film's protagonist Chilean Caleuche: El llamado del mar.

In 2014, Itié married actor Emilio Dantas. In the same year, she had to leave the cast of Vitória, where she would have interpreted the character Renata (which was subsequently interpreted by Maytê Piragibe), due to a motorcycle accident during their honeymoon in Thailand. In 2015, she and actor Emilio Dantas separate. On November 11, 2015, Giselle, she assumes her relationship with the actor Guilherme Winter. 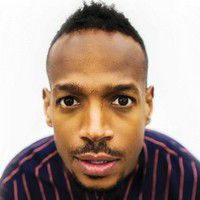 President of the Brazilian Football Confederation 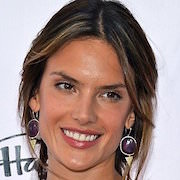