Gisela, Margravine of Meissen
The basics

Princess Gisela Maria Karolina Adelgunde of Bavaria (Full German name: Gisela Maria Karolina Adelgunde, Prinzessin von Bayern) (born 10 September 1964 at Schloss Leutstetten near Starnberg, Bavaria, Germany) is a Princess of Bavaria and member of the House of Wittelsbach by birth and a Princess of Saxe-Gessaphe and member of the House of Saxe-Gessaphe by marriage.
Gisela is the seventh and youngest child of Prince Rasso of Bavaria and his wife Archduchess Theresa of Austria. Through her father, Gisela is a great-granddaughter of Ludwig III, the last sovereign of the Kingdom of Bavaria.
Through her marriage, she is the Margravine of Meissen.
Princess Gisela was a guest at the 2011 wedding of Prince Georg Friedrich of Prussia and Princess Sophie of Isenburg.

Gisela married Alexander de Afif, son of Roberto de Afif, Prince of Gessaphe and his wife Princess Anna of Saxony, civilly on 3 April 1987 in Mexico City, Mexico and religiously on 28 September 1987 at Andechs Abbey. Gisela and Alexander have four children: 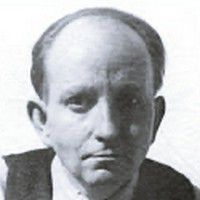