He was born Girolamo degli Angeli at Castro-Giovanni, Sicily. He studied law in Palermo before entering the Society of Jesus at Messina in 1585. Nine years later, he was assigned to the Japanese mission and he immediately set out for Lisbon and the voyage to the Indies. In 1585 he set our from Genoa with St.Charles Spinola and three others, bound for the College in Goa, to complete his studies in anticipation of ordination.

In 1602 he began his mission in Japan. He remained there after the publication of the edict expelling all Christian missionaries from the country.

The first European on Hokkaido, he was the first missionary to reach Yezo and the Ainu people. De Angelis, after making many converts to Christianity, seeing that his neophytes were cruelly persecuted because of his presence among them and his preaching, gave himself up to the authorities. Condemned to death, he underwent public execution by fire. 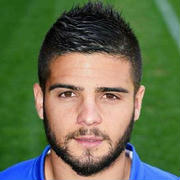 Emperor of Ancient Rome, last of the Julio-Claudian dynasty