Giovanni Feroce is the current CEO of Benrus, a retired American military officer, former Rhode Island State Senator, and the former CEO of Alex and Ani

Feroce graduated with a BA in Political Science from the University of Rhode Island in 1991. He also graduated from the University of Pennsylvania's Advanced Management Program and from The United States John F. Kennedy Special Warfare Center and School's Civil Affairs Officer Advance Course. In 1992, at age 24, he was elected to serve in the Rhode Island State Senate; at the time, he was the country’s youngest state senator. There he served on the Corporations and Labor Committees, and as Secretary of the Joint Committee for Veteran's Affairs as well as Commissioner of the Rhode Island State Lottery. He retired from the state legislature to run for Rhode Island's Lieutenant Governor, winning the 1994 Republican primary at the age of 26. In 2006, he ran for Delaware State Senate, losing to James T. Vaughn.

As a U.S. Army field grade officer he is an Operation Iraqi Freedom combat veteran and was at one time a ground operations officer and Interagency Operations Officer at U.S. Central Command. He retired from the Army with the rank of Major.

In 2010 Feroce became the CEO of Alex and Ani, where he employed his leadership experience from the military to reshape the company. Under Feroce's tenure, Alex and Ani grew from a company with only $2.2 million in annual revenue before he arrived to $79.8 million in 2012 then $230 million in 2013. In 2013 the company was named the fastest growing large company in Rhode Island by the Providence Business News. Feroce has stated that the philosophy behind his leadership and the direction of the company has been "profitability, environmentalism and charity". Feroce has also described a belief in "'resurrecting Main Street' by eschewing the malls 'that destroyed everything'" Feroce stated that, "They call it 'the Alex and Ani effect ... When we open a store on Main Street all of a sudden the chocolatier, the dry cleaner, see their businesses skyrocket." On March 13, 2014, it was announced that Feroce left the company and founder and creative director, Carolyn Rafaelian, was appointed interim CEO.

Feroce has been an executive leader for the American Heart Association HeartBall since 2012 and was Chair of the 2014 event. He was also a Technology Sponsor of the 2013 MET Center for Innovation and Entrepreneurship. In 2013 the Davinci Center for Community Progress presented its Community Humanitarian Award to Feroce. This was in part due to the culture he helped develop at Alex and Ani, centered on the importance of making a positive social impact. 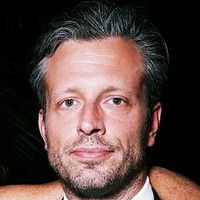