Doria studied philosophy and theology in Spain being promoted to the Cardinalate at the instance of King Felipe II of Spain. Once king Philip II died, he was created cardinal deacon, aged 31, in the consistory of June 9, 1604. Doria was granted permission to receive the sacred orders outside the Ember days, December 9, 1604. He participated in the first conclave of 1605, which elected Pope Leo XI, and in the second conclave of 1605, which elected Pope Paul V.

Doria received the red hat, the deaconry of S. Adriano, December 5, 1605, and Abbot commendatario of San Fruttuoso in Camogli. He was elected titular archbishop of Tessalonica and named coadjutor, with right of succession, of Palermo, on February 4, 1608 and was consecrated, May 4, 1608, at Rome, by Pope Paul V.

He died November 19, 1642, at Palermo and was buried in the chapel of S. Rosalia, in the metropolitan cathedral of Palermo. 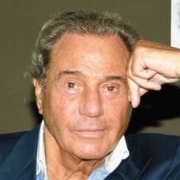