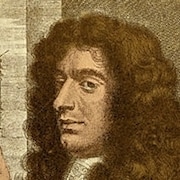 Giovanni Domenico Cassini, also known as Jean-Dominique Cassini (8 June 1625 – 14 September 1712) was an Italian (naturalised French) mathematician, astronomer and engineer. Cassini was born in Perinaldo, near Imperia, at that time in the County of Nice, part of the Savoyard state. Cassini is known for his work in the fields of astronomy and engineering. Cassini discovered four satellites of the planet Saturn and noted the division of the rings of Saturn; the Cassini Division was named after him. Giovanni Domenico Cassini was also the first of his family to begin work on the project of creating a topographic map of France.

The Cassini space probe, launched in 1997, was named after him and became the fourth to visit the planet Saturn and the first to orbit the planet.

Cassini was the son of Jacopo Cassini, a Tuscan, and Giulia Crovesi. In 1648 Cassini accepted a position at the observatory at Panzano, near Bologna, to work with Marquis Cornelio Malvasia, a rich amateur astronomer, initiating the first part of his career. During his time at the Panzano Observatory, Cassini was able to complete his education under the scientists Giovanni Battista Riccioli and Francesco Maria Grimaldi. In 1650 the senate of Bologna appointed him as the principal chair of astronomy at the University of Bologna.

In San Petronio, Bologna, Cassini convinced church officials to create an improved sundial meridian line at the San Petronio Basilica, moving the pinhole gnomon that projected the Sun's image up into the church's vaults 66.8 meters (219 ft) away from the meridian inscribed in the floor. The much larger image of the Sun's disk projected by the camera obscura effect allowed him to measure the change in diameter of the Sun's disk over the year as the Earth moved toward and then away from the Sun. He concluded the changes in size he measured were consistent with Johannes Kepler's 1609 heliocentric theory, where the Earth was moving around the Sun in an elliptical orbit instead of the Ptolemaic system where the Sun orbited the Earth in an eccentric orbit.

Cassini remained in Bologna working until Colbert recruited him to come to Paris to help set up the Paris Observatory. Cassini departed from Bologna on 25 February 1669.

In 1669 Cassini moved to France and through a grant from Louis XIV of France helped to set up the Paris Observatory, which opened in 1671; Cassini would remain the director of the observatory for the rest of his career until his death in 1712. For the remaining forty-one years of his life Cassini served as astronomer/astrologer to Louis XIV ("The Sun King"); serving the expected dual role yet focusing the overwhelming majority of his time on astronomy rather than the astrology he had studied so much in his youth.

During this time, Cassini's method of determining longitude was used to measure the size of France accurately for the first time. The country turned out to be considerably smaller than expected, and the king quipped that Cassini had taken more of his kingdom from him than he had won in all his wars.

On 14 July 1673 Cassini obtained the benefits of French citizenship. In 1674 he married Geneviève de Laistre, the daughter of the lieutenant general of the comté of Clermont. "From this marriage Cassini had two sons; the younger, Jacques Cassini, succeeded him as astronomer and geodesist under the name of Cassini II."

Cassini was an astronomer at the Panzano Observatory, from 1648 to 1669. He was appointed professor of astronomy at the University of Bologna in 1650 and became, in 1671, director of the Paris Observatory. He thoroughly adopted his new country, to the extent that he became interchangeably known as Jean-Dominique Cassini – although that is also the name of his great-grandson, Dominique, comte de Cassini.

Cassini observed and published surface markings on Mars (earlier seen by Christiaan Huygens but not published), determined the rotation periods of Mars and Jupiter, and discovered four satellites of Saturn: Iapetus and Rhea in 1671 and 1672, and Tethys and Dione (1684). Cassini was the first to observe these four Saturn's moons, which he called Sidera Lodoicea (the stars of Louis), including Iapetus, whose anomalous variations in brightness he correctly ascribed as being due to the presence of dark material on one hemisphere (now called Cassini Regio in his honour). In addition he discovered the Cassini Division in the rings of Saturn (1675). He shares with Robert Hooke credit for the discovery of the Great Red Spot on Jupiter (ca. 1665). Around 1690, Cassini was the first to observe differential rotation within Jupiter's atmosphere.

In 1672 he sent his colleague Jean Richer to Cayenne, French Guiana, while he himself stayed in Paris. The two made simultaneous observations of Mars and, by computing the parallax, determined its distance from Earth. This allowed for the first time an estimation of the dimensions of the Solar System: since the relative ratios of various sun-planet distances were already known from geometry, only a single absolute interplanetary distance was needed to calculate all of the distances.

Cassini initially held the Earth to be the centre of the Solar System, though later observations compelled him to accept the model of the Solar System proposed by Nicolaus Copernicus, and eventually that of Tycho Brahe. "In 1659 he presented a model of the planetary system that was in accord with the hypothesis of Nicolaus Copernicus. In 1661 he developed a method, inspired by Kepler's work, of mapping successive phases of solar eclipses; and in 1662 he published new tables of the sun, based on his observations at San Petronio." Cassini also rejected Newton's theory of gravity, after measurements he conducted which wrongly suggested that the Earth was elongated at its poles. More than forty years of controversy about the subject were closed in favour of Newton's theory after the measurements of the French Geodesic Mission (1736 to 1744) and the Lapponian expedition in 1737 led by Pierre Louis Moreau de Maupertuis

Cassini was also the first to make successful measurements of longitude by the method suggested by Galileo, using eclipses of the Galilean satellites as a clock.

In 1683, Cassini presented the correct explanation of the phenomenon of zodiacal light. Zodiacal light is a faint glow that extends away from the Sun in the ecliptic plane of the sky, caused by dusty objects in interplanetary space.

Cassini is also credited with introducing Indian Astronomy to Europe. In 1688, the French envoy to Siam (Thailand), Simon La Loubere, returned to Paris with an obscure manuscript relating to the astronomical traditions of that country, along with a French translation. The Siamese Manuscript, as it is now called, somehow fell into Cassini's hands. He was intrigued enough by it to spend considerable time and effort deciphering its cryptic contents, also determining on the way that the document originated in India. His explication of the manuscript appeared in La Loubere's book on the Kingdom of Siam in 1691, which laid the foundations of European scholarship on Indian Astronomy.

Attracted to the heavens in his youth, his first interest was in astrology. While young he read widely on the subject of astrology, and soon was very knowledgeable about it; this extensive knowledge of astrology led to his first appointment as an astronomer. Later in life he focused almost exclusively on astronomy and all but denounced astrology as he became increasingly involved in the Scientific Revolution.

In 1645 the Marquis Cornelio Malvasia, a senator of Bologna with a great interest in astrology, invited Cassini to Bologna and offered him a position in the Panzano Observatory, which he was constructing at that time. Most of their time was spent calculating newer, better, and more accurate ephemerides for astrological purposes using the rapidly advancing astronomical methods and tools of the day.

In 1653, Cassini, wishing to employ the use of a meridian line, sketched a plan for a new and larger meridian line but one that would be difficult to build. His calculations were precise; the construction succeeded perfectly; and its success gave Cassini a brilliant reputation for working with engineering and structural works.

Cassini was employed by Pope Clement IX in regard to fortifications, river management, and flooding of the Po River. "Cassini composed several memoirs on the flooding of the Po River and on the means of avoiding it; moreover, he also carried out experiments in applied hydraulics." In 1663 he was named superintendent of fortifications and in 1665 inspector for Perugia. The Pope asked Cassini to take Holy Orders to work with him permanently but Cassini turned him down because he wanted to work on astronomy full-time.

In the 1670s, Cassini began work on a project to create a topographic map of France, using Gemma Frisius's technique of triangulation. The project was continued by his son Jacques Cassini and eventually finished by his grandson César-François Cassini de Thury and published as the Carte de Cassini in 1789 or 1793. It was the first topographic map of an entire country.

The contents of this page are sourced from Wikipedia article on 07 Mar 2020. The contents are available under the CC BY-SA 4.0 license.
View Giovanni Domenico Cassini 's image gallery
Image Gallery 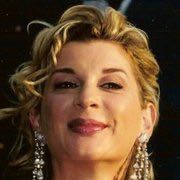