Giovanni di Bicci de' Medici was born in Florence, the son of Averardo de' Medici and Jacopa Spini. Though he is considered the founder of the rich Medici dynasty, he was not born into a rich family. The little money left by his father was divided between a widow and five sons, leaving Giovanni with little.

Giovanni was somewhat uninterested in politics, unless the issues pertained to his family or bank. Often, when his name was put forward to participate in the Florentine government (reggimento), he chose to pay the fine rather than serve. That being said, he did serve as Priori in the Signoria in 1402, 1408 and 1411 and as Gonfaloniere, for the statutory two-month period, in 1421. In 1402, he served as one of the judges on the panel that selected Lorenzo Ghiberti's design for the bronzes on the doors to the Florence Baptistry.

Giovanni owned two wool workshops in Florence and was a member of two guilds: the Arte della Lana and the Arte del Cambio. At the head of an early "multi-national" company, as the family bank, his main commercial interest, had branches throughout the northern Italian city-states and beyond. In 1414, Giovanni bet on the return of the papacy to Rome, and was correct. Rewarding Giovanni for his support, the Pope gave Giovanni's general manager control of the Apostolic Chamber. Subsequent Popes made use of the Medici banks. Giovanni was also rewarded with tax-farming contracts and the rights to many alum mines. He set his family on the path to becoming one of the richest dynasties in Europe, thereby making an essential stride towards its later cultural and political eminence. One way in which he laid the groundwork for this was by marrying Piccarda Bueri, whose family was old and respectable and who brought a dowry.

When he died, he was one of the richest men in Florence, as shown by his tax report of 1429. In 1420, Giovanni had given the majority of control of the bank to his two sons, Cosimo and Lorenzo. He was buried in the Old Sacristy of the Basilica of San Lorenzo, Florence and his wife was buried with him after her death four years later.

Giovanni de' Medici is portrayed by Dustin Hoffman in the 2016 television series Medici: Masters of Florence. 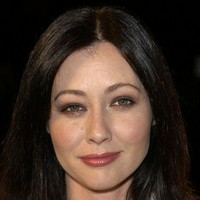 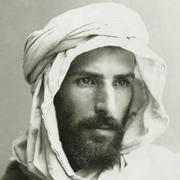