Giovanni Battista Re
The basics

Giovanni Battista Re (born 30 January 1934) is an Italian Cardinal of the Roman Catholic Church whose service has been primarily in the Roman Curia. He was elevated to the rank of cardinal in 2001. He was Prefect of the Congregation for Bishops from 2000 to 2010. As the senior Cardinal-Bishop in attendance, he chaired the March 2013 conclave to elect Pope Benedict XVI's successor. Pope Francis approved his election as Dean of the College of Cardinals on 18 January 2020.

Born in Borno, Italy, the son of the carpenter Matteo Re (1908–2012), Giovanni Battista Re was ordained a priest by Archbishop Giacinto Tredici in Brescia on 3 March 1957. He holds a doctorate in canon law from the Pontifical Gregorian University, Rome, and taught in the Brescia seminary. To prepare for a diplomatic career he entered the Pontifical Ecclesiastical Academy in 1961.

Re has been a member of the Roman Curia since 1963, where he served as personal secretary to Archbishop Giovanni Benelli. He was elevated to monsignor and served in various diplomatic positions before being named both bishop of the titular see of Forum Novum and Secretary of the Congregation for Bishops on 9 October 1987. Pope John Paul II administered the episcopal consecration one month later, on 7 November.

On 12 December 1989, he became Sostituto (Substitute) for General Affairs of the Secretariat of State, one of the key positions under the Cardinal Secretary of State.

He was named on 16 September 2000 to head the Congregation for Bishops and the Pontifical Commission for Latin America. Re became Cardinal-Priest of Ss. XII Apostoli in the consistory held 21 February 2001, named first among those elevated. The next year, on 1 October, he was named Cardinal Bishop of Sabina-Poggio Mirteto.

Re automatically lost his position as Prefect on 2 April 2005 upon the death of John Paul II. He was then confirmed to office by Pope Benedict XVI on 21 April 2005. He was one of the cardinal electors who participated in the 2005 papal conclave that selected Pope Benedict XVI.

When Pope Benedict XVI resigned on 28 February 2013, both Cardinals Angelo Sodano, the Dean of the College of Cardinals, and Roger Etchegaray, the Sub-Dean, were over the age of 80 and therefore ineligible to participate in the conclave to elect his successor. Cardinal Re, the senior cardinal elector, presided over the conclave, which elected Cardinal Jorge Mario Bergoglio, Pope Francis. At the new pope's inauguration on 19 March 2013, Cardinal Re was one of the six cardinals who made a public profession of obedience to the new pope on behalf of the College of Cardinals.

On 10 June 2017, Pope Francis approved his election as Sub-Dean of the College of Cardinals by the cardinals of the suburbicarian sees.p

On 18 January 2020, Pope Francis approved his election to a five-year term as Dean of the College of Cardinals by the nine Latin-rite cardinal bishops.

Insiders describe him as a friend of Carlo Maria Martini, who has played a major role in the dissent against the last three Popes. As leader of the Congregation for Bishops, Re reportedly appointed several bishops in Germany, France and elsewhere who opposed some of the stances of John Paul II and Benedict XVI.

In 1996, American bishop Fabian Bruskewitz gained national attention for asserting that local Catholics who are members of several associations thought to be "totally incompatible with the Catholic Faith" would incur automatic excommunication. These groups include Call to Action and its Nebraska affiliate, Call to Action Nebraska, the family planning provider Planned Parenthood and its affiliate Catholics for a Free Choice, the Freemasons and their affiliate organizations, Job's Daughters, DeMolay, Eastern Star and Rainbow Girls; and the pro-euthanasia Hemlock Society (now renamed Compassion & Choices). His pronouncement was appealed to Rome, but in 2006 the ruling was upheld by Cardinal Re, the Prefect of the Congregation for Bishops.

Re, who assists the pope in deciding the future careers of the clergy as Prefect of Bishops, said that, "When Monsignor Wielgus was nominated, we did not know anything about his collaboration [with the secret services]."

In January 2009, he published a decree removing the excommunications from the bishops of the Society of Saint Pius X. He later expressed regret over the move after the controversy on the comments of Bishop Richard Williamson. Cardinal Dario Castrillon Hoyos said that if anyone in the Vatican should have known about Williamson's negationist views, it was not himself but rather Cardinal Re, due to the fact that Re is responsible for the Congregation of Bishops, which oversees information about bishops and prelates.

In March 2009, after an abortion on a nine-year-old girl raped by her stepfather and pregnant with twins had been performed to save her life, Archbishop José Cardoso Sobrinho of Olinda and Recife stated that automatic excommunication had been incurred by the girl's mother and the medical team. President Luiz Inácio Lula da Silva criticized what he called the Archbishop's "conservative attitude" and Health Minister José Gomes Temporão directed his criticism against the Catholic Church's position, describing it as "extreme, radical and inadequate". In a comment to an Italian newspaper, Cardinal Re deplored what he called an attack on the Church in Brazil: "It is a sad case, but the real problem is that the twins conceived were two innocent persons, who had the right to live and could not be eliminated. Life must always be protected. The attack on the Brazilian church is unjustified." He added that excommunication of those who performed the abortion was just. The National Conference of Bishops of Brazil declared the Archbishop's statement mistaken.

The contents of this page are sourced from Wikipedia article on 08 Mar 2020. The contents are available under the CC BY-SA 4.0 license.
View Giovanni Battista Re 's image gallery
Image Gallery 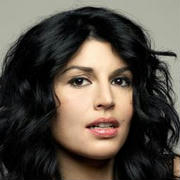 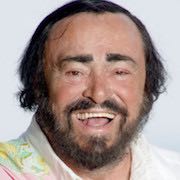