Giovanni Antonio Scopoli (sometimes Latinized as Johannes Antonius Scopolius) (3 June 1723 – 8 May 1788) was an Austrian physician and naturalist. His biographer Otto Guglia named him the "first anational European" and the "Linnaeus of the Austrian Empire".

Scopoli was born at Cavalese in the Val di Fiemme, belonging to the Bishopric of Trent (today's Trentino), the son of a lawyer. He obtained a degree in medicine at University of Innsbruck, and practiced as a doctor in Cavalese and Venice. Much of his time was spent in the Alps, collecting plants and insects, of which he made outstanding collections.

He spent two years as private secretary to the bishop of Seckau, and then was appointed in 1754 as physician of the mercury mines in Idrija, a small town in the Habsburg realm, remaining there until 1769. In 1761, he published De Hydroargyro Idriensi Tentamina on the symptoms of mercury poisoning among mercury miners.

Scopoli spent time studying the local natural history, publishing Flora Carniolica (1760) as well as a major work on the insects of Carniola, Entomologia Carniolica (1763). He also published a series of Anni Historico-Naturales (1769–72), which included first descriptions of birds from various collections.

In 1769, Scopoli was appointed a professor of chemistry and metallurgy at Mining Academy at Schemnitz (now Banská Štiavnica, Slovakia), and in 1777 transferred to the University of Pavia. He became a bitter rival of Lazzaro Spallanzani, who was accused of stealing specimens from the Pavia museum. Spallanzani was tried and the prolonged trial resulted in acquittal. Shortly thereafter, Scopoli died of a stroke. His last work was Deliciae Flora et Fauna Insubricae (1786–88), which included scientific names for birds and mammals in northwestern Italy described by Pierre Sonnerat in the accounts of his voyages.

Scopoli corresponded with Carl Linnaeus, a Swedish botanist who laid the foundations of modern taxonomy. Scopoli communicated all of his research, findings, and descriptions (for example of the olm and the dormouse, two little animals hitherto unknown to Linnaeus). Linnaeus greatly respected him and showed great interest in his work. Because of a great distance, they never met.

Scopoli is frequently mentioned by Gilbert White in his "Natural History and Antiquities of Selborne". Some taxa named by Scopoli

Some taxa dedicated to Scopoli

The standard author abbreviation Scop. is used to indicate this person as the author when citing a botanical name.
The contents of this page are sourced from Wikipedia article on 09 Mar 2020. The contents are available under the CC BY-SA 4.0 license.
View Giovanni Antonio Scopoli 's image gallery
Image Gallery 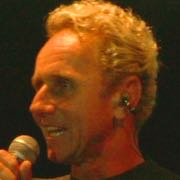 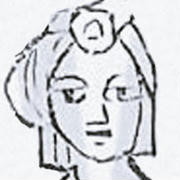 Anne of Austria, Margravine of Brandenburg

Israeli businessman and scholar of antisemitism