Giorgi Mazniashvili (Georgian: გიორგი მაზნიაშვილი) (6 April 1870 – 16 December 1937) was a Georgian general and one of the most prominent military figures in the Democratic Republic of Georgia (1918–1921). During the service in the Russian army, he was also known by a Russian transliteration of his surname – Mazniev.

Mazniashvili was born in 6 April 1870 in the village Sasireti, Tiflis Governorate, Russian Empire (present day Kaspi Municipality, Shida Kartli, Georgia). Having taken a proper military education, he was later promoted to general of the Russian army.

Wounded in the Russo-Japanese war (1904–1905), he was visited at a hospital by the Tsar Nicholas II, who awarded him St George’s Cross and invited the general to the palace. He fought also on the battlefields of World War I, but returned to Georgia after the February Revolution in 1917. He formed two national divisions and secured the capital Tbilisi from the chaotically retreating and increasingly Bolshevist Russian soldiers. In April 1918, he successfully defended the southwestern province Guria from the Ottoman offensive winning a victory on the Choloki River. In June 1918, he served as a governor general of Abkhazia and crushed there a pro-Bolshevik revolt; then he took Gagra, Sochi and Tuapse in the first phase of the Sochi conflict.

From October to December 1918, he served as a governor general of Tbilisi. During the December Georgian-Armenian war 1918, he was appointed a commander-in-chief and successfully defended the Georgian borders from the troops of General Dro. In 1919 he served as a governor general of Akhaltsikhe and Akhalkalaki and was moved, on 6 October 1920, as a commandant in Tbilisi. During the Soviet invasion of February 1921, he repulsed the Red Army from the Soghanlughi heights at the outskirts of Tbilisi. The war, however, was lost. Mazniashvili did not follow the country’s leaders in exile, but mobilized the remnants of the Georgian armed forces to recover the Black Sea city of Batumi from the Turkish occupation, March 1921. The newly established Soviet government of Georgia declared him outlaw, but later offered him a nominal post in the Red Army.

In 1923, during the Red Terror, he was arrested and exiled to Persia whence he moved to France. In a few years, he was allowed to return and he lived in his native village Sasireti, far from political life. During the Great Purges, however, he was arrested and executed without a trial in 1937. In the 1950s, Mazniashvili's son, a World War II veteran of the Soviet army, submitted a request for a political rehabilitation of his father, but this was turned down by the authorities.

Maznashvili is the author of the popular Soldier’s Memoirs. In 2013, he was posthumously awarded the title and Order of National Hero of Georgia.

The contents of this page are sourced from Wikipedia article. The contents are available under the CC BY-SA 4.0 license.
View Giorgi Mazniashvili 's image gallery
Image Gallery 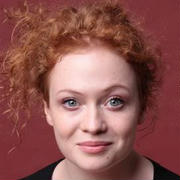